Video: Dwyane Wade and Derrick Rose Get Introduced for First Time in Cleveland 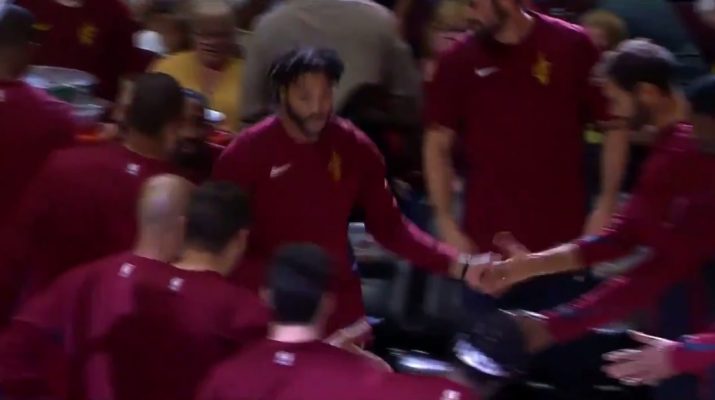 The two guards were introduced in Quicken Loans Arena on Wednesday night as they prepared for their first preseason matchup against the Atlanta Hawks.

Cavs head coach Tyronn Lue rolled out a starting lineup of Rose, Wade, J.R. Smith, Jae Crowder, and Kevin Love for the game, and is likely to replace Wade with LeBron James when he returns from his ankle injury.

There’s no question that this team is much deeper than last season, as it will look to build chemistry as the 82-game schedule progresses.

Derrick Rosedwyane wadefeaturednews ticker
← Previous Story Video: Dwyane Wade Explains in His Own Words Why He Chose Cavs Over All Other Teams
Next Story → Video: Dwyane Wade Draws ‘Oohs’ and ‘Ahhs’ From Crowd as He Puts Defender in Spin Cycle