Daniel Gibson Recounts How He Reacted to 2016 NBA Championship 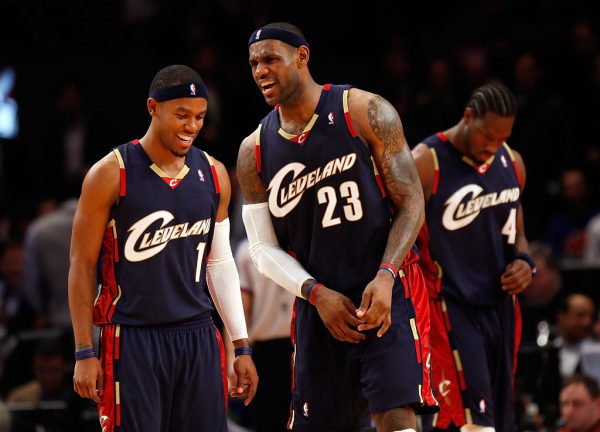 Former Cleveland Cavaliers guard Daniel Gibson hasn’t suited up in an NBA jersey since the 2012-13 season, but that hasn’t impacted the connection he feels for the team and city.

Gibson sat down with Marc J. Spears of The Undefeated to talk about his career after basketball, his love life, and how he reacted to the Cavs’ 2016 NBA Finals victory.

“I cried, man. I get invested, man,” Gibson said. “I only played for the Cavaliers. They love me to death every time I go there now. They roll out the red carpet. I don’t have to pay for nothing. The first year they went to the Finals and LeBron went to the Finals, that was my rookie year. To go through what we went through, losing 25 games in a row and they were still packing it out. … Man, when they won, I was sitting on the couch. I couldn’t believe it. I felt like I got me [a title] too. If we don’t lose, they don’t get Kyrie [Irving], if we didn’t stink it up like we did. I was a part of that.”

Gibson’s reaction proves that the victory in 2016 wasn’t just about the players on team, but about all the players that had come before them, and all the fans who have rooted for the Cavs throughout the years.

With the 2017-18 season on the horizon, hopefully the Cavs can give Gibson another championship victory to celebrate this season.