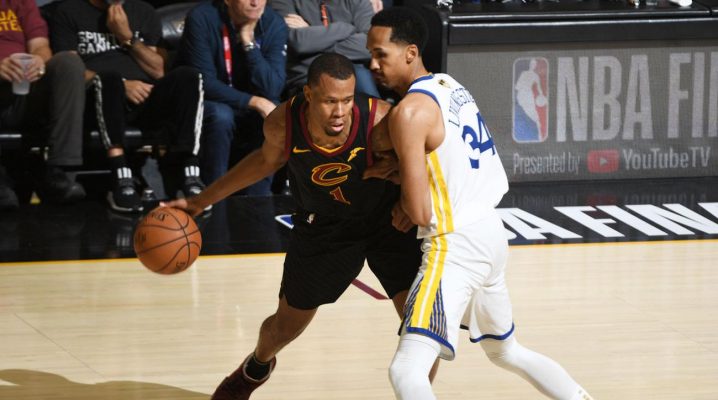 For Rodney Hood, being in his first NBA Finals has only been uplifting. Despite the 4-0 sweep at the hands of the back-to-back champion Golden State Warriors, the Cleveland Cavaliers guard took to Instagram to post a message on how he was thankful for the experience.

This season was filled with blessings and lessons. I’m thankful for it all. “In order to get to something, you have to go through something.”………2018-19 ?

Hood joined the Cavaliers during last February’s trade deadline via a three-team trade that involved his former Utah Jazz and the Sacramento Kings. He played his first three NBA seasons and started his fourth season with the Jazz before getting traded in the middle of the 2017-18 campaign.

Utah drafted Hood 23rd overall out of Duke University in the 2014 NBA Draft. The 25-year-old has become one of the best young players in the league as he averaged double-digits in scoring in his last three regular seasons for the Jazz.

In four NBA seasons, he has averaged 13.0 points, 3.0 rebounds, and 2.0 assists in 25.3 minutes per game. Playing in 21 games for the Cavs during the last regular season, Hood shot a career-high 44.2 percent from the field.