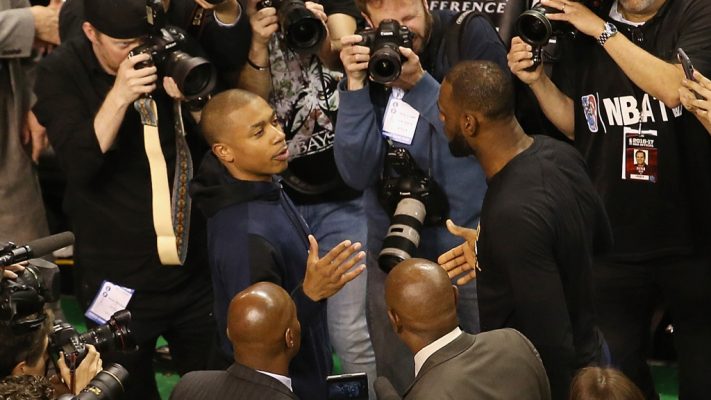 With the 2017-18 regular season less than one month away for the Cleveland Cavaliers, superstar forward LeBron James appears more than ready to lead the Cavs back to the NBA Finals a fourth consecutive year.

On Wednesday, James took to Instagram to show off his upcoming new Nike LeBron 15 “Wine” shoes for his followers to see.

In the comments section of the photo, James’ new teammate and star point guard Isaiah Thomas described a prank that nearly went down earlier that day. 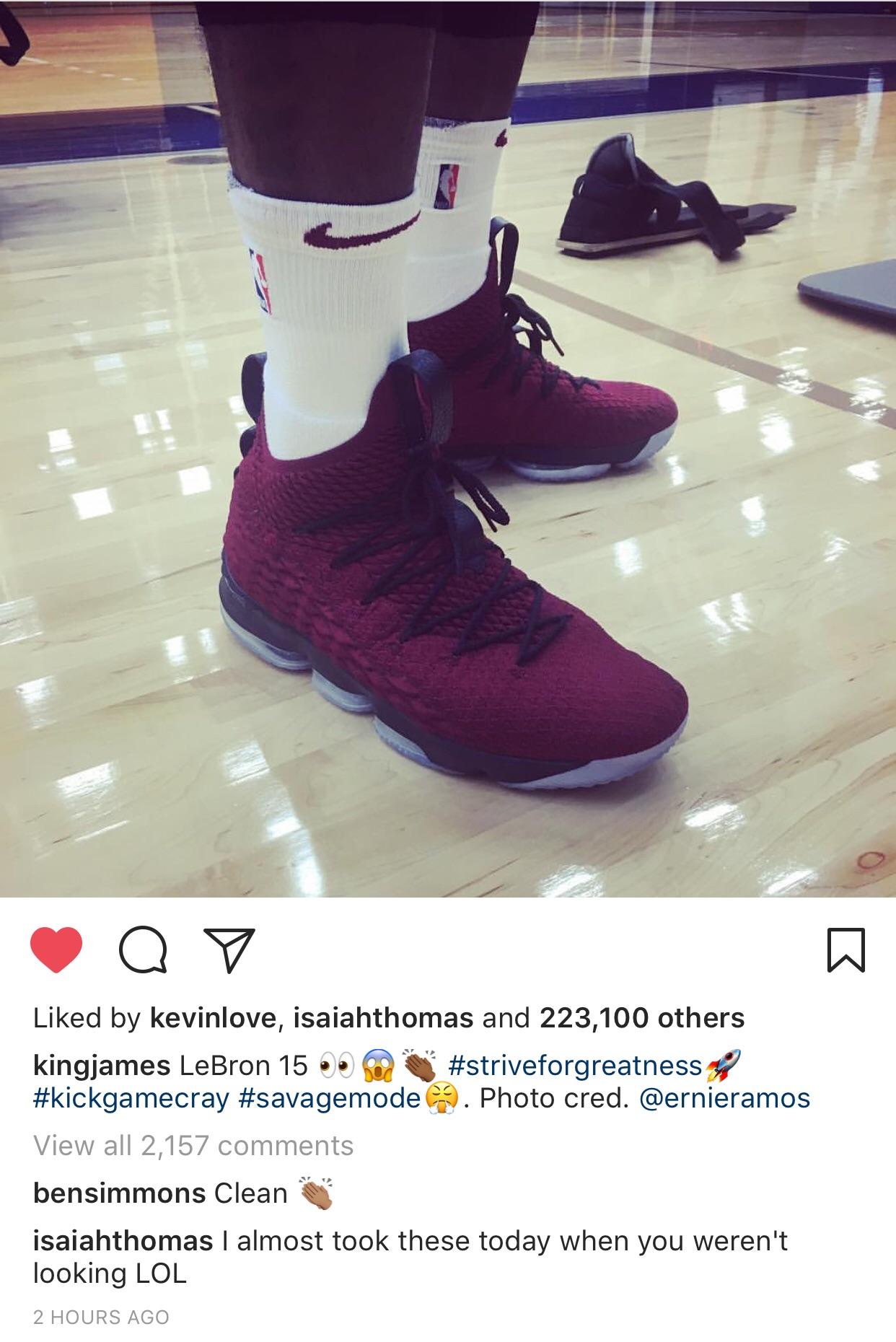 It seems James and Thomas are starting to develop solid chemistry between each other before the start of the regular season, as the Cavs look to knock off star point guard Kyrie Irving and the Boston Celtics on opening night at Quicken Loans Arena.