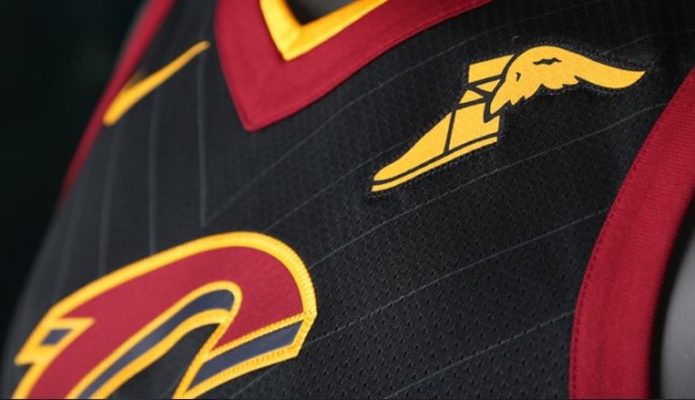 On Friday, Nike unveiled the new Cleveland Cavaliers Statement Edition uniforms, giving the Cleveland faithful one more thing to look forward to in the upcoming season. The all black jerseys are accented by the Cavs’ colors of wine and gold and feature a pinstripe design that line the front of the jersey to the middle of the shorts.

In an official statement, Nike stated that the uniform is an homage to the historic 2016 NBA Finals in which the Cavs famously came back from a 3-1 deficit to win the title:

“The color black is a nod to the historic turning point in the 2016 NBA Finals when the Cavs wore their black-sleeved uniforms in Games 5 and 7 of the NBA Finals on their way to winning their first NBA Championship and Cleveland’s first major sports title in 52 years. Quickly becoming a player and fan favorite, black became a new and permanent addition to the Cavaliers color palette as part of the team’s recently introduced modernized brand.”

The Statement Edition first-look: faint grey lines invoke imagery of the grain of the sword to represent our team’s toughness on court. pic.twitter.com/a0kKB3MXlT

“The Cavs will wear the Statement Edition uniform for the first time on November 24th when the team takes on the Charlotte Hornets at Quicken Loans Arena. The black jersey, and each uniform that the Cavs wear this season, will feature the Nike Swoosh and Goodyear Wingfoot – two global emblems reflecting success, drive and determination. Goodyear and the Cavaliers announced a multi-year partnership in May for Goodyear’s Wingfoot logo to appear on all Cavs player game jerseys.”

The previous two jerseys, the Association and Icon Edition uniforms were welcomed primarily with positive feedback, but the Statement Edition is sure to be a fan favorite. Surely, this new look is further proof that the 2017-18 season cannot come soon enough.