Matthew Dellavedova Congratulates Joe Burrow After He Goes No. 1 in NFL Draft 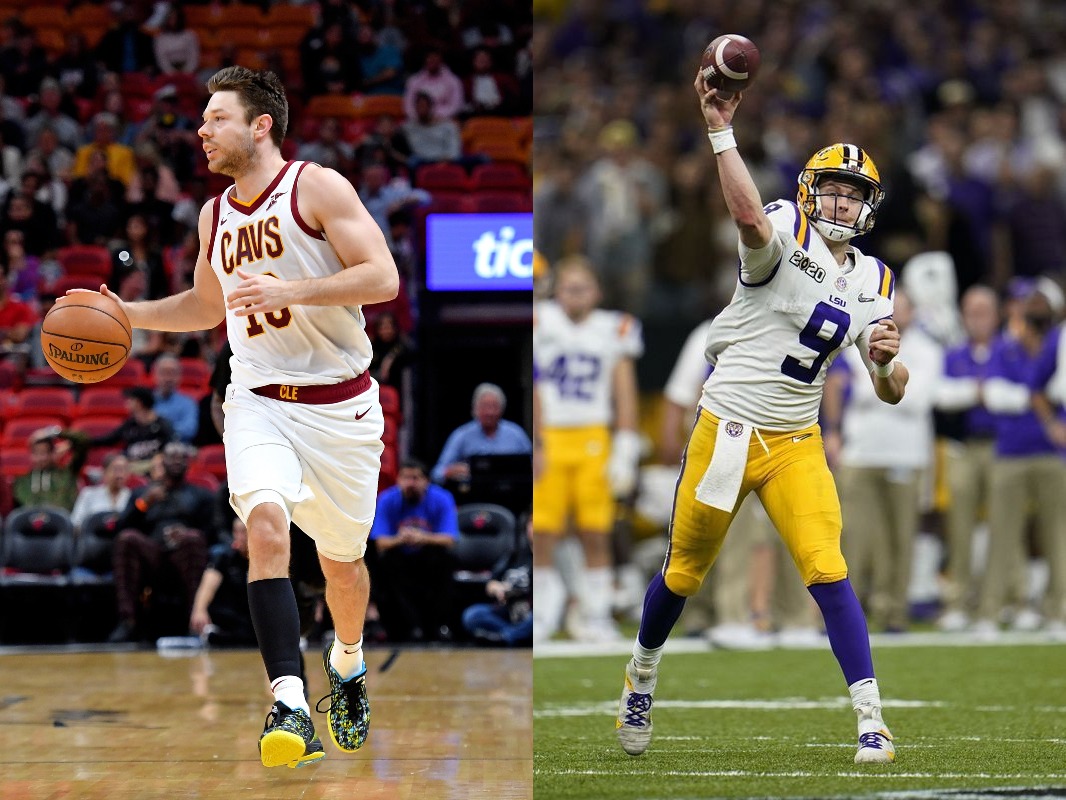 On Thursday, the Cincinnati Bengals selected star quarterback Joe Burrow with the No. 1 overall pick in the 2020 NFL draft.

Following the momentous news, Cleveland Cavaliers guard Matthew Dellavedova congratulated Burrow, who happens to be a huge fan of the 2016 NBA champion.

Burrow, 23, watched the Cavs play during their golden years.

While most fans were infatuated with superstar LeBron James, the youngster fell in love with Dellevadova. In fact, the Heisman Trophy winner called the scrappy guard his favorite player in the NBA.

Although the Cavs aren’t at their apogee anymore, Burrow remains enamored with Dellevadova. The quarterback called the 6-foot-3 veteran his closest NBA comparison.

However, Dellevedova’s future in the NBA is uncertain at this time.

The assiduous Australian is in the final season of a four-year contract he signed with the Milwaukee Bucks in 2016. He was traded to the Cavs back in December 2018.

There is no official timetable for when the 2019-20 NBA season will resume.