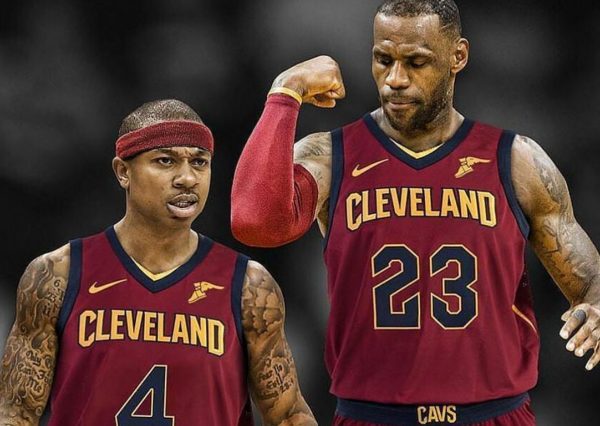 It’s still unclear how soon we’ll get to see LeBron James and Isaiah Thomas take the court together as members of the Cleveland Cavaliers, but according to social media, Thomas is already looking forward to it.

In a recent Instagram post, James shared a picture of him going to the rim in front of a packed arena in Manila, Philippines during his Asia tour. Shortly after, Thomas expressed his excitement about being the four-time NBA MVP’s newest teammate in the post’s comments section. 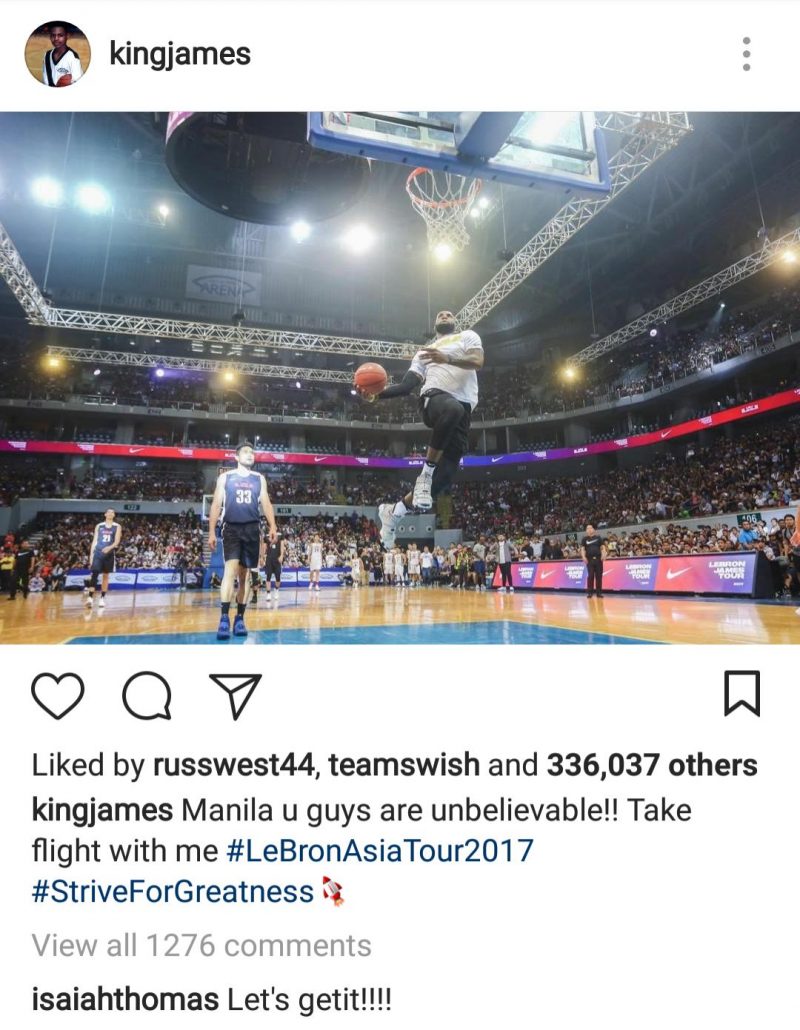 This is the second social media interaction the two have had since the blockbuster trade between the Cavs and Boston Celtics took place, and it’s clear that both James and Thomas are more than ready to support each other as teammates.