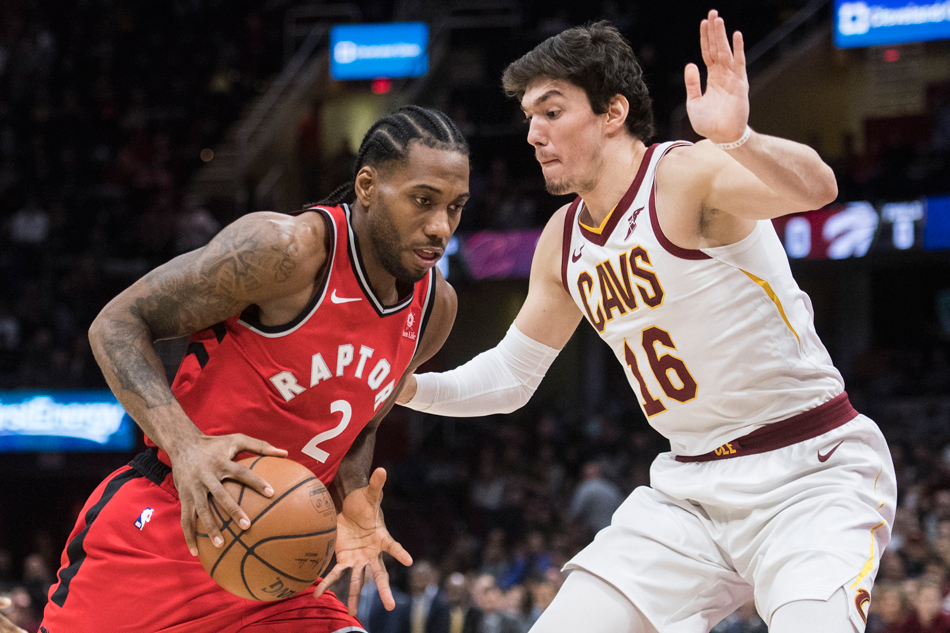 In his two years in the NBA, Cleveland Cavaliers forward Cedi Osman has played against some of the greatest players in the world.

In a recent interview, he surprisingly indicated that despite the challenge of playing against Toronto Raptors forward Kawhi Leonard, he can hold his own against All-Star performer.

Osman offered his comments during an interview that was posted on a Turkish YouTube channel:

“I don’t struggle against him. I really don’t. He plays really basic. He does the same move. He is not that fast, but he is really strong.”

Leonard’s style of play has twice made him both the NBA Defensive Player of the Year and an All-NBA performer. In 2014, he was named NBA Finals MVP after helping lead the Spurs to a league title.

He’s in his eighth season in the NBA and his first as a member of the Raptors.

In 60 regular season games this season, Leonard bounced back after an injury-plagued 2017-18 campaign that saw him play in just nine contests for the San Antonio Spurs.

During this year’s regular season, Leonard delivered career-high averages in points (26.6) and rebounds (7.3). He also once again showed off his stellar all-around game by averaging 3.3 assists and 1.8 steals per game.

While Osman may not struggle against Leonard, he did indicate that the trio of DeMar DeRozan, James Harden, and Kevin Durant all present stiff challenges when it comes to defending them.

DeRozan was part of last summer’s huge deal that sent Leonard to Toronto.

Regardless of the level of skill that an opponent possesses, Osman’s work ethic during his first two seasons has displayed a willingness and desire to continue to develop his talents. That effort is a necessity when it comes to the rigorous challenges of an NBA player.