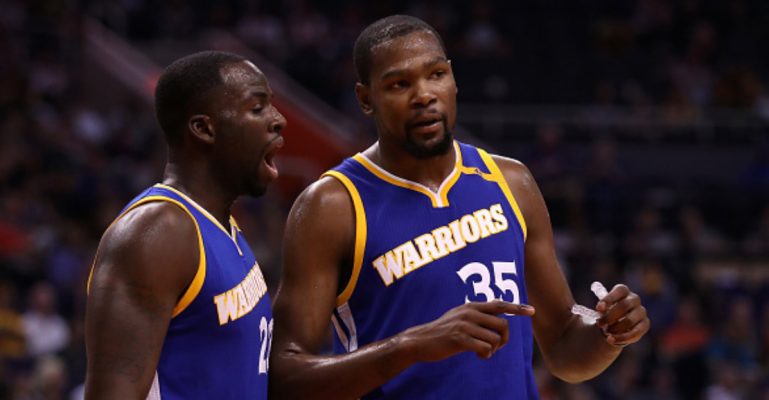 The Cleveland Cavaliers find themselves just one game away from being eliminated in the NBA Finals, with a key reason for their struggles being the play of Golden State Warriors forward Kevin Durant.

One year ago, the Warriors didn’t have the services of Durant when they watched the Cavaliers become the first NBA team ever to come back from a 3-1 deficit in the Finals, which is why the Warriors’ Draymond Green reportedly made a concerted effort to recruit the free agent away from the Oklahoma City Thunder as soon as his team lost.

ESPN’s Zach Lowe points out that the basis for Green’s effort was to make amends for his one-game suspension in last year’s Game 5. Green’s absence, coupled with an injury to Andrew Bogut and outstanding play by the Cavs’ LeBron James and Kyrie Irving resulted in a Warriors loss on their home court. That defeat snowballed through a Game 6 loss in Cleveland and the dramatic last-minute defeat in Game 7.

Frustrated by the loss, Green made two phone calls even before he left the Oracle Arena parking lot after Game 7. First, he called the Warriors’ general manager Bob Myers and told him he needed to sign Durant, which was immediately followed by a call from Green to Durant himself. In the span of just two weeks, Green and his teammates were able to convince Durant to join the Warriors.

“I look at it as we lost the Finals, but we ended up with KD. That’s a helluva consolation prize,” Green said. “If we win the championship, I’m like 99 percent sure we don’t get him. There are silver linings to everything.”

Unless the Cavs are able to pull off an even loftier feat than last year by winning the next four games, Golden State will have its second title in the past three years.