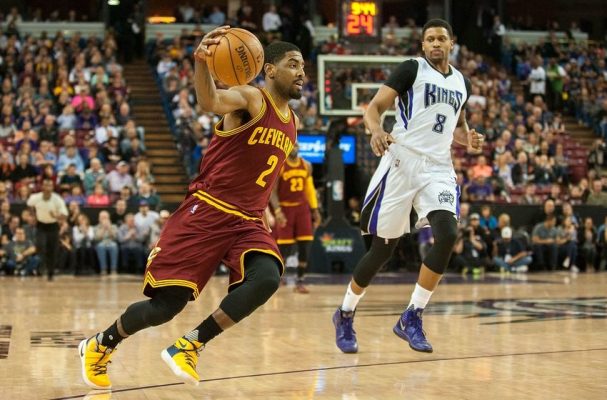 In the two days after news broke about the trade request of Cleveland Cavaliers point guard Kyrie Irving, numerous bits of trade speculation have surfaced. One of those possible trades could be with the Sacramento Kings, though only a portion of what the Cavaliers could receive in return has been indicated.

“I just heard Irving’s name attached to Sacramento, not sure what comes back to the Cavs other than Kentucky point guard De’Aaron Fox. The Kings just signed veteran point guard George Hill to a two-year deal with $40 million guaranteed, so I don’t know how Irving fits into that roster.”

Hill was signed by the Kings to serve as a mentor for the 6-foot-4 Fox, who played just one year with the Wildcats. His rookie status may end up putting an end to such trade speculation, given that the Cavaliers remain in win-now mode.

As far as additional players in any proposed deal, center Kosta Koufos was noted by Sam Amico of AmicoHoops.com. Amico indicated that besides Sacramento, other teams that apparently have designs on acquiring Irving include Denver, Minnesota, New Orleans and Phoenix.

Pluto also indicated in his article that the potential haul the Cavaliers receive for Irving could be huge.

“They will get the earth, the sun and the moon for the guy. He is 25, an All-Star and under contract at below market for two more years,” according to a text that Pluto received from an unnamed NBA executive.