What the Cavs Plan to Do With Their Open Roster Spot 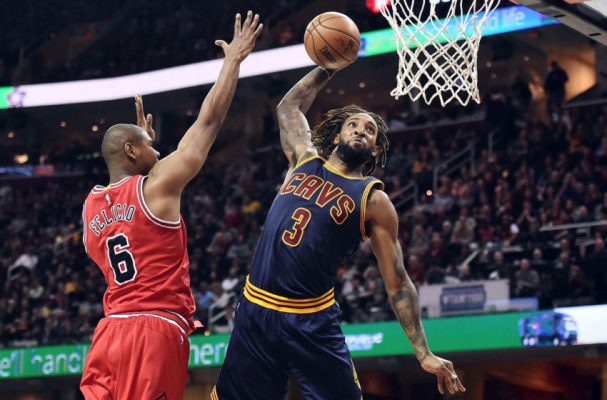 Play for the Cleveland Cavaliers in the Las Vegas Summer League has come to an end, though there’s still plenty of work left on the team’s agenda until training camp begins in September. From a front office perspective, hiring a new general manager is paramount, but as far as the team’s roster goes, just one more roster spot is all that needs to be filled.

Cleveland.com looked at a variety of possibilities regarding that spot:

“The Cavs have 14 players under contract. Thus, one spot remains.

“They have about $2.4 million left of their mid-level exception to use, a trade exception worth $4.8 million, or they could offer a veteran’s minimum deal to a free agent.

“Or, of course, they could engage in a multi-player trade that fills the final spot.

“A source said the Cavs’ immediate plan is to leave the 15th spot open for now, unless a ‘no brainer’ comes along. Cleveland does have interest in bringing back Derrick Williams, but is intent on letting him test the open market.

“If the Cavs could bring in a fourth big man, they’d do it. James Jones, 36, is still out there, though a source already told cleveland.com it was unlikely he could be back.”

With respect to the front office situation, the belief is that Koby Altman, who has been effectively acting as the team’s general manager since the departure of David Griffin, will be given the job. Cavs owner Dan Gilbert had hoped to replace Griffin with former Detroit Piston Chauncey Billups, but Billups rejected the offer from Gilbert.

Meanwhile, the already slim likelihood of the Cavs acquiring New York Knicks forward Carmelo Anthony decreases with each passing day. To accomplish that, the Cavaliers would presumably either have to trade Kevin Love or gut a good portion of their bench to fit Anthony’s steep salary under the cap.

Of course, how the moves are perceived by LeBron James has suddenly become one of the hottest concerns around. The fact that James could leave the team as a free agent next July, especially if the moves result in the team taking a step back, serves as the chief reason for such worries. No Cavs fans wants to go back to the four-year purgatory the team endured when James left the last time.