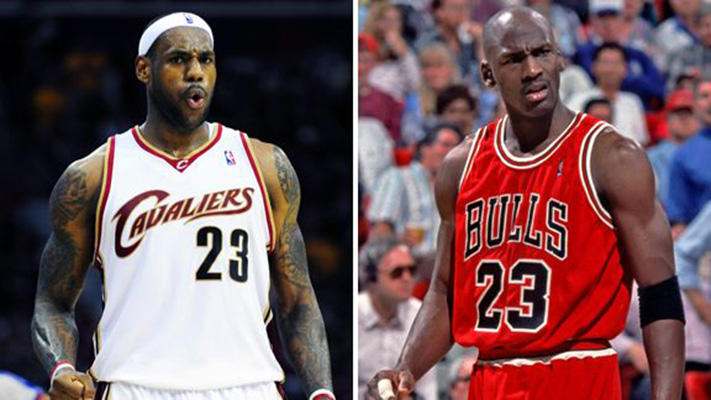 Whenever a player as influential as LeBron James returns to his hometown to play for his home team, new slogans are born. “Witness” from his birth into the league to today’s “Hard Work, Together” motif, we suddenly realize that “what” has turned into “how.” And now there is an entirely new stigma Clevelanders have to prepare for. When Michael Jordan was in the league, he was not only known as the most talented player, but also the player who practiced as hard as he played. LeBron James returned from Miami with not only with two championship rings, but also the work ethic that brought those two rings to fruition.

With an 82-game regular season, there are many variables that can happen on and off the court. Typically during game day, the players will meet in the morning for an hour-long shoot around and then watch film before arriving at the arena 90 minutes before tip-off. Right before the game, players receive treatment for their injuries, talk strategy with coaches, and warm up for the 48-minute game. Depending on the amount of time on the floor, the players will lift weights and conduct interviews before heading home.

Hard work comes easier for those that live with a sense of determination off the court. “When you live for a strong purpose, then hard work isn’t an option it’s a necessity,” as stated by self-help author Steve Plavina. There will always be distractions on and off the court, but staying focused and delivering the expected returns that everyone is banking on will pay off in the end. There must be a desired return, or end result that people must use to measure.

Comparing the ages and accomplishments of Michael Jordan, who some say was the best in the league, to those of LeBron James is not a fair assessment at this time, but it does give a model or goal to look towards. Unlike Jordan, James came into the league three years before by not attending college. Both players got off to a rocky start before winning championships.

James, not done playing, will decide if he is on pace to win as many championships as Jordan. If the Cleveland Cavaliers are able to deliver a championship this year, James will need to win three more just to tie Jordan and be the first team in NBA history to win four championships in a row. This type of dominance has never been documented before and is not out of the question.

Jordan came back into the league in 1996 to three-peat again before his second retirement in 1999. His last two years were played with the Washington Wizards, where he did not add to his championship collection. Retiring at age 40, he stayed away from basketball until 2003 when he became a partial owner of the Charlotte Bobcats. In 2010, he received majority ownership and recently has changed the name to the Charlotte Hornets.

Today, James must win a championship to stay tied with Jordan age-wise. He will then gain a year next season because of Jordan’s first retirement. Then three more championships will be required to stay on pace.

To operate on the same level as Jordan, or bring his team within reach of a championship will be a remarkable achievement. Competing on such a level for said duration would be phenomenal and definitely give the NBA its new “measuring stick” for players to come.

Going for James is that it has been done before and is within his grasp. He has been forced to break ties with his draft class of 2003 consisting of Dwyane Wade and Chris Bosh, but is surrounded by talented players on the court; and off the court he is with people he has grown up with. His brief departure to Miami has left the general populous of Cleveland uncertain of his motives, but their sentiments can be swayed with a NBA Championship.

“Hard Work” is determined by the individual, but doing this “together” will be a specific decision by each person involved. Pastor Steve Witt from Bethel Cleveland said, “… I don’t know what you think of this slogan, but I’m going with it.”

Eli Keck is an established sports writer, who started his journalism career with the Spirit of Bainbridge in 2006 and has been published in Cleveland Magazine. He is proud to be a junior staff writer for Cavaliers Nation.