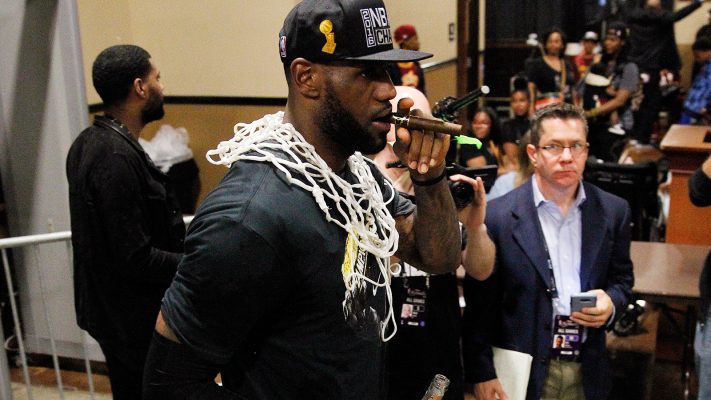 The detractors of Cleveland Cavaliers forward LeBron James often seek to denigrate any idea that he might be equal to or better than former Chicago Bulls legend Michael Jordan by pointing to his 3-5 record in the NBA Finals, compared to Jordan’s 6-0 mark. However, in the eyes of another basketball legend, the actual record in the Finals pales to the number of times a player competes in them.

Julius Erving, otherwise known as Dr. J, appeared on FS1’s “Undisputed” on Monday with co-hosts Skip Bayless and Shannon Sharpe, and was asked by Bayless whether James could eventually catch or surpass Jordan when it’s all said and done.

“So 3-5 doesn’t mean anything. I’m more impressed with eight Finals than I am with the record in the Finals. You could 0-for-8 in the Finals and that would still be an amazing achievement. That’s like going to eight Super Bowls.”

Bayless then asked Erving about the ABA titles that he had won and whether the fact that he was the best player on his teams made the difference in winning those championships.

“Being the best player, that’s icing on the cake,” Erving said. “All the guys who were on my (New Jersey) Nets teams and my (Philadelphia) Sixers teams, you know, during the championship year in Philadelphia and the two Nets championships in New York, I mean, we’re all close today because of that experience. I take my hat off to them because I wouldn’t be sitting where I am if it wasn’t for them and that’s just the skinny on it.”

James will turn 33 during the 2017-18 NBA season and very well could play another five years or more, depending on his health. Whether or not he ends his career in a Cavaliers uniform will be the subject of much speculation in the year ahead, but regardless of where he ends up, he’s likely to be making more trips to the NBA Finals.