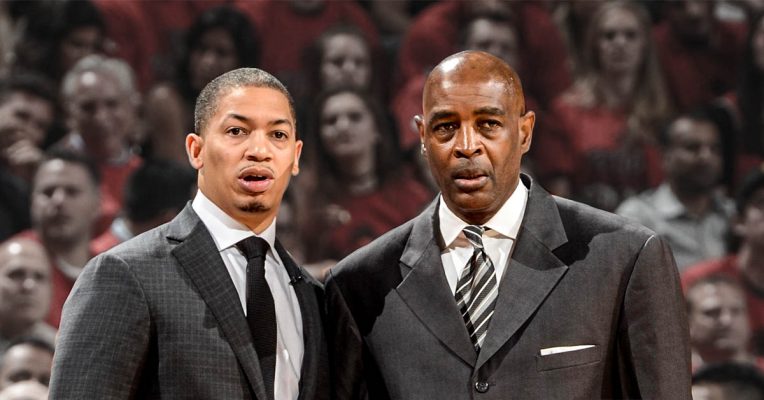 However, the Cavs’ strategy doesn’t seem to be going according to plan as Drew is reluctant to coach for the rest of the season:

Larry Drew is willing to bridge the immediate coaching transition with Cavaliers, but so far is reluctant to commit to rest of season without an agreement of some kind that extends beyond 2018-19, league sources tell ESPN. Those talks are ongoing with Cleveland.

#Cavs Larry Drew: “I’m not the interim coach. I’m the voice right now. As I’m sure you know, there is no agreement right now.

“Me and my agent have been in talks with organization about restructuring my contract. No decision has been made and I don’t know if one will.”

Larry Drew says he wants to be with #Cavs long-term, but contract negotiations will determine that. “It’s like being a substitute teacher.”

This is just the newest piece of drama in the early, yet eventful 2018-19 NBA regular season for the Cavs. While it’s hard for the team to commit to Drew before seeing him at the helm, a rocky season could lead to a firing for the 60-year-old at the end of the year. It would be an unfortunate situation for both parties, yet it’s a predicament the Cavs have put themselves in after firing their head coach just six games into the season.

Lue, 41, took over as head coach in the middle of the 2015-16 season after David Blatt was fired. Later that year, Cleveland went on to capture its first championship in the 2016 NBA Finals in a historic 3-1 comeback against the Golden State Warriors. After the amazing coaching performance, the front office awarded Lue with a five-year, $35 million contract.

Although Lue posted a phenomenal coaching record (128-83) since the promotion, he had a huge helper in superstar LeBron James. Now, with the four-time MVP gone and a bunch of young players running the show, the Cavs have struggled to find their identity and rhythm.

The team will have a ton to figure out, starting with whether Drew will be their interim head coach or if someone else will come to the rescue.