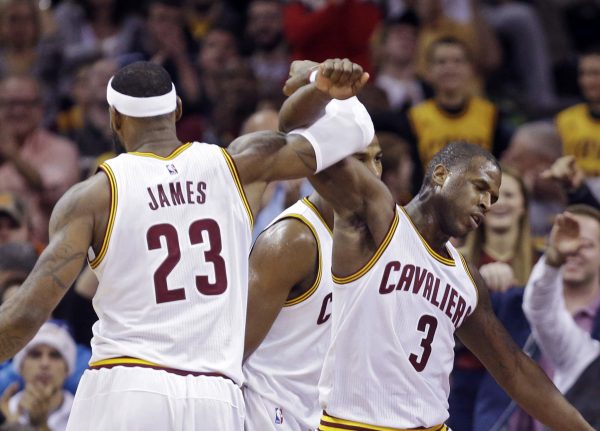 The debate about whether Cleveland Cavaliers forward LeBron James is still the best player in the NBA picked up speed last month after Kevin Durant was named NBA Finals MVP. One player who has been a teammate of both, Dion Waiters of the Miami Heat, took time on Monday to note that there are distinct differences between the two players when it comes to comparing their personalities.

Waiters was a Cavaliers teammate of James for only two months before being traded to Durant’s then-team, the Oklahoma City Thunder, in January 2015. Waiters played with the Thunder until the conclusion of their 2015-16 season, at which point both players headed in different directions: Durant to play for the Golden State Warriors and Waiters to play for the Heat.

"[LeBron] is a coach on the floor. KD is more of a lead by example guy." — @dionwaiters3 on differences playing with LeBron & KD pic.twitter.com/R6wkGZILTA

“LeBron is so locked into the game. Like basketball is everything to him, he knew everybody’s plays, things like that,” Waiters said. “He’s a teacher’s teacher. He’s a coach on the floor, he’s a teacher on the floor and that’s what helped me.

“KD is more of a lead by example guy. LeBron was more of a vocal player. Kev was more of a lead by example I was closer to Kev, because Kev understood me. We came from the same areas, the same places, so I bought into it more with Kev because he really took me under the wing when I first got there. Before I even stepped off the plane after I was traded to Oklahoma City, he was the first guy who texted me: ‘Welcome little bro, glad you’re here.'”

James has at least one more year on his Cavaliers contract, while Durant announced last week that he’ll again be playing for Warriors next season. Waiters has also agreed to stay with his team, the Heat, for the next four seasons.