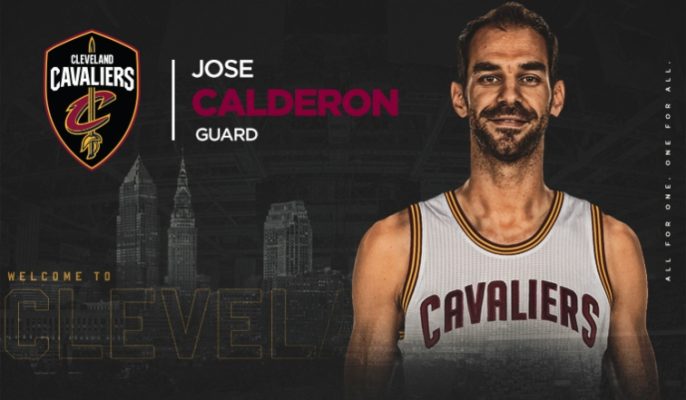 The Cleveland Cavaliers officially confirmed the signing of veteran point guard Jose Calderon to a one-year contract on Monday night. The news had first been reported back on July 1, the first day of the NBA signing period, but the Cavaliers weren’t allowed to acknowledge the information at the time due to NBA rules.

The Associated Press noted that the 35-year-old Calderon signed for the veteran’s minimum salary, which is believed to be $2.3 million for the 2017-18 season.

The veteran guard will be playing for his seventh NBA team, having spent last season with both the Los Angeles Lakers and Atlanta Hawks. He played in just 41 regular season contests, averaging just 3.4 points and 2.1 assists, though he did see action in six playoff contests for the Hawks. Calderon has competed for Spain in each of the last four Summer Olympics.

The Cavaliers’ signing of Calderon is an effort to fill the gap left by the departure of veteran Deron Williams and to hopefully bridge the gap that will allow second-year man Kay Felder to continue his development.