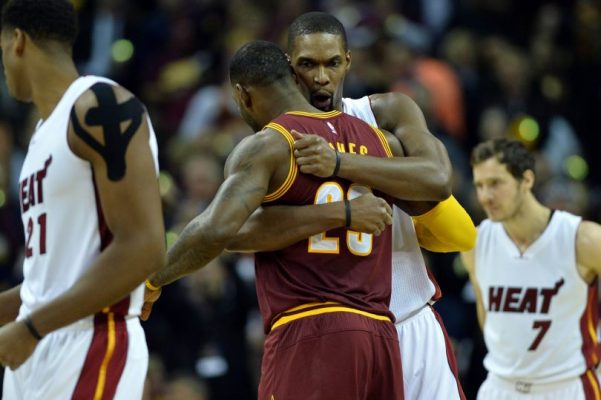 After 13 seasons in the NBA, two-time NBA champion and former teammate of Cleveland Cavaliers superstar LeBron James, Chris Bosh, was officially waived by his former team, the Miami Heat, on Tuesday.

Bosh’s release came of little surprise after he missed all of last season and half of the 2015-16 season due to life-threatening blood clots. James and Bosh spent four seasons together in Miami before James returned to the Cavs in the summer of 2014.

The King took to Twitter to honor his friend and former teammate.

While there have been rumblings of mutual interest between Bosh and the Cavs since his time with the Heat had appeared to be over, it is starting to look like Bosh’s NBA career may be coming to an end.