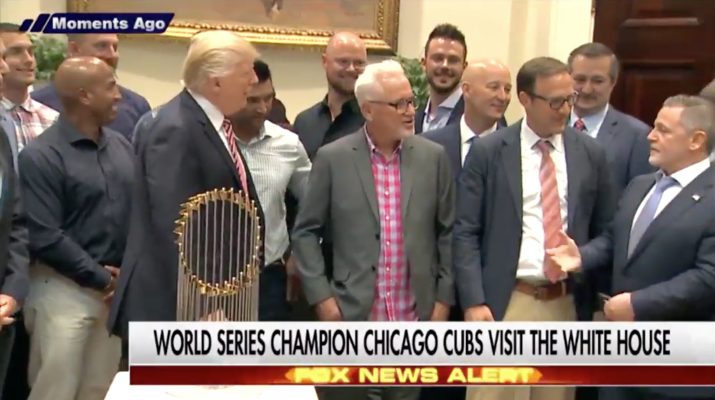 Not shy about mixing business and pleasure, and making it awkward to boot, President Donald Trump asked Dan Gilbert about the owner’s potential issues with LeBron James on Wednesday.

Gilbert, the owner of the Cleveland Cavaliers and chairman of Quicken Loans, was visiting the president about business in Detroit, Michigan — on the same day the World Series champion Chicago Cubs made their celebratory White House visit. Trump decided to have everyone meet for an impromptu photo opportunity because, of course, basketball people and baseball people belong together.

Trump asked Gilbert, a known Republican donor, how he was doing with LeBron James, who’s been rumored to be leaving after next season. Barely audible over the camera flashes, the owner and businessman said, “Good, yeah.”

It’s important to note that James, who’s been increasingly vocal on social issues, isn’t a fan of Trump, even going as far as vehemently denouncing Trump’s divisive immigration ban back in February.