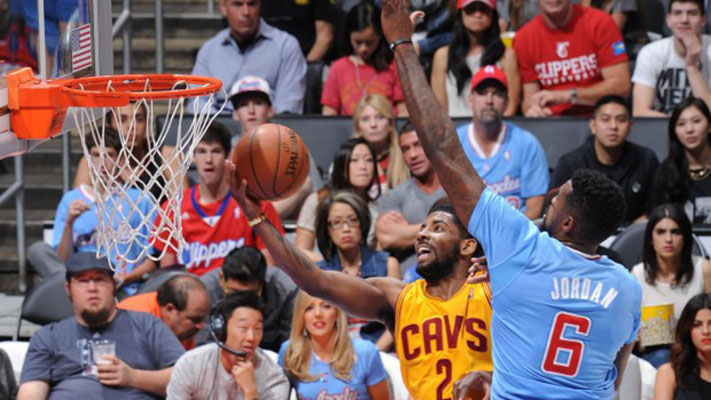 “Any win for us is huge. I think just the way we battled and showed fight from the beginning,” said LeBron James following his 36-point effort against the Lakers. “We have to do that, we need to scrap from the beginning all the way to the end.”

Slated to play another game at Staples Center for the second night in a row, the Cavs will square off against the Los Angeles Clippers (26-13) in the fifth and final game of their West Coast road trip. The game is scheduled to tip off shortly after 10:30 pm ET on Friday night and will be broadcast nationally on ESPN.

Just as the Cavs are currently seeded sixth in the Eastern Conference, the Clippers are the sixth seed in an extremely competitive and deep Western Conference. The Clippers, who are one of the most dangerous offensive teams in the league, will look to build off a huge 100-94 win in Portland against the Trail Blazers on Wednesday night.

“It’s one of those rare regular-season, playoff-type of games,” said Los Angeles Clippers head coach Doc Rivers after his team’s hard-fought victory on the road. “They’re a lot of fun to get into, but you don’t get a lot of those. We didn’t go into it that way, but it turned into that.”

Paul, who currently averages 18.1 points per game and ranks fourth in the league with 9.6 assists, has a lot of weapons to distribute the ball to in the front court with Griffin (22.6 points, 7.6 rebounds and five assists per game) and center DeAndre Jordan, who leads the NBA with 13.6 rebounds per game and is ranked third with 2.28 blocks per game.

Being one of the more exciting and fast-paced teams in the NBA, the Clippers have been known to score points in a hurry and with high-flying dunks from Griffin and Jordan. Back in the 2010-2011 season when he was with the New York Knicks, Timofey Mozgov had an infamous encounter with Griffin at Staples Center against the Clippers. In the third quarter of that game, Griffin posterized Mozgov with a powerful dunk that brought the entire crowd to its feet.

“That was actually incredible,” said Mozgov’s at-the-time Knicks teammate Amar’e Stoudemire after the game, which was a little more than four years ago. “That was a play that definitely sparked the crowd and sparked us. We weren’t expecting that. I’ve had a few of those in my career, so I can understand the feeling he’s going through right now. I’ve been in those shoes before.”

In the Clippers’ backcourt, shooting guard J.J. Redick accompanies Paul with an average of 14.9 points per game to go along with 96 three pointers made so far on the season, which is tied for seventh in the NBA with Houston Rockets small forward Trevor Ariza. As a two-time NBA Sixth Man of the Year award winner, Clippers shooting guard Jamal Crawford provides a huge spark off the bench for Los Angeles as he averages 15.7 points per game and is one of a handful of three-point shooting threats the Clippers have on their roster.

1. Get Off to Another Fast Start and Maintain Momentum

The Cavs can’t afford to fall behind early to a high-scoring team like the Clippers. Cavs guard J.R. Smith was huge in the first quarter last night against the Lakers, draining three shots from behind the arc as the Cavs led by as many as 11 points in the game’s first 12 minutes. However, the Clippers are clearly a much more talented team than the Lakers are right now, so it is very important for the Cavs offensively to keep their foot pressed down on the gas pedal in order to have success tonight.

2. Tough Defense on the Perimeter

With 10.2 three pointers made per game as a team, the Clippers are second in the NBA in that category only to the Houston Rockets, who make 11.9 shots from behind the arc per game. As the Clippers possess many players who are a threat to drain three pointers, the Cavs will need to play great defense against midrange and long-range jump shots if they intend to keep pace with Los Angeles.

3. Battle in the Paint

Mozgov, Love and even Tristan Thompson are definitely going to have their hands full tonight against Jordan and Griffin. Although Jordan leads the league in rebounds, the Clippers as a team are only ranked 26th in the NBA with 40.9 rebounds per game. Offensive rebounding is going to be a key in this game, which is where Thompson will need to excel at even more than he already does.