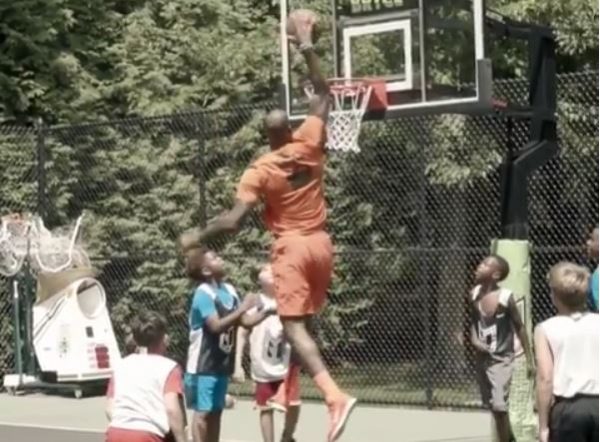 Critics may have their qualms about Cleveland Cavaliers superstar LeBron James on the court, but as a human being off the court, the four-time MVP has proven to be an outstanding philanthropist, role model and father.

That came to light again this past weekend, as James held an extravagant birthday bash for his youngest son, Bryce, and posted a video of the festivities to his Instagram.

Being able to do things like this for my kids that I always wish I had as a kid is why i work so extremely hard!! Seeing my youngest son Bryce at his 10th bday party yesterday with all his friends smiling, having a great time brings joy to my heart! You're 1 of a kind kid and I'm extremely proud to be your Father! Love you! #BryceMaximus #JamesGang? #striveforgreatness?

Both full-court basketball and football games were involved as well as a surprise water balloon fight that the three-time NBA champion definitely took a part in.