Superstar Paul George Reveals Where He Expects to Play Next Season 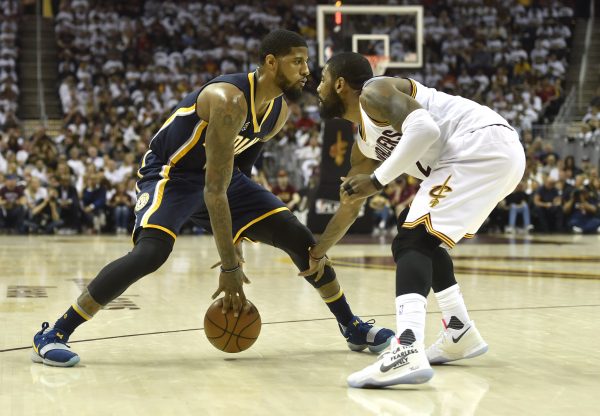 Exactly where Indiana Pacers forward Paul George plays during the 2017-18 NBA season has been debated by a number of different media outlets. Such discussions have included George possibly being dealt to the Cleveland Cavaliers. That chatter is likely to continue over the course of the offseason, with George scheduled to become an unrestricted free agent a year from now. However, George appears to be confident that he won’t be traded by the Pacers before that time arrives.

Paul George says he expects to play out his contract with the Pacers next season.

The All-Star forward’s name has come up the past few weeks in conjunction with a proposed trade for the Cavaliers’ Kevin Love. The perceived motive of the Cavs being the opportunity to match up better against their archrival Golden State Warriors, but the team has given no indication that Love will be dealt for anyone. Such conjecture has become commonplace since Love arrived three years ago.

Given the fact that George’s status past the 2017-18 NBA season is uncertain, it’s likely that any possible trade involving him going to the Cavaliers would need some sort of assurance that he’d be staying beyond that point. That obviously means the signing of a multi-year contract, though all of these considerations won’t be put in motion until any such deal is even considered.