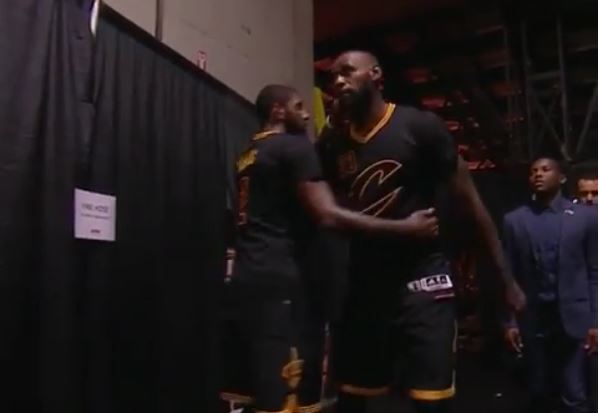 Although the Cleveland Cavaliers lost in five games to the Golden State Warriors in the 2017 NBA Finals, it’s clear that the two best players on the team were LeBron James and Kyrie Irving.

The Cavs are expected to have a very busy offseason, but it’s clear that these two aren’t going anywhere for the time being.

After the game, with both James and Irving heading to the locker room, James sent his point guard an inspiring message: “We’ll be back. We’ll be back.”

LeBron and the Cavs walk off for the final time this season.