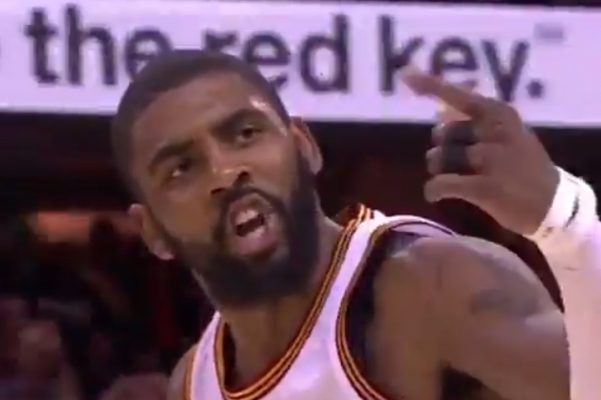 Cleveland Cavaliers point guard Kyrie Irving went off in Game 4 of the NBA Finals on Friday night as he dropped 40 points on a ridiculous 15-of-27 shooting from the field.

As a matter of fact, he was feeling so good on the night, that after he made one of his seven 3-pointers on the evening, he turned to look at spectator and current Chicago Bulls guard Dwyane Wade and emphatically said: “I told you!”

Kyrie Irving tells Dwyane Wade "I told you" after draining the ? pic.twitter.com/TcJeOezJch

Irving is now averaging a blistering 30.3 points on 48.5 percent shooting in these NBA Finals and will look to continue his torrid streak as the Cavs will head to Oracle Arena on Monday night for what will most definitely be a hostile environment.