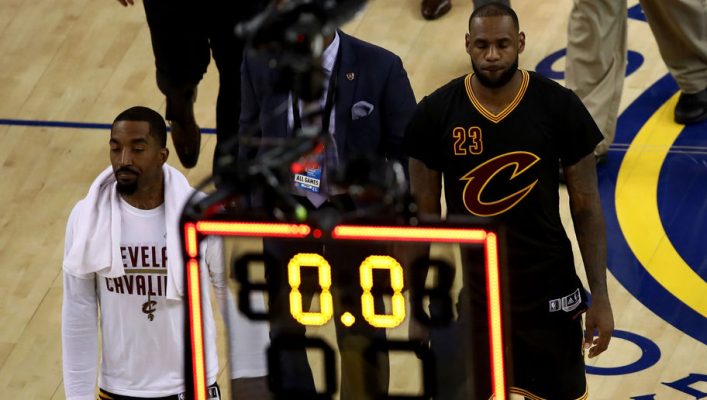 As if the criticism of the Cleveland Cavaliers‘ performance against the Golden State Warriors during the first two games of the NBA Finals wasn’t strong enough, unfounded rumors have now entered the picture, with an ESPN writer implying marijuana use in the Cavs’ locker room shortly after their Game 2 loss:

Cavs locker room has a strong reefer aroma to it tonight. Hey, it's Cali. You're down 2-0 and it's all about pain control. #NBAFinals

A little over 30 minutes later, Wise suddenly felt the need to clarify his comment:

To be clear, I don't know who was imbibing marijuana in the Cavs locker room — media that entered, player, etc. But it wasn't a dead skunk

Wise, who is is a contributor to ESPN’s The Undefeated, offered no further proof, other than this tweet:

I grew up in Northern California and Hawaii. I know what cannabis smells like. Coulda been a cameraman, reporter, whatever. I'm not judging.

Seeming to find humor in the situation, Wise then followed with yet another tweet:

You guys are beautiful; I poke fun at smelling weed in the Cavs locker room and now I'm Snowden, looking for Russian asylum. #getoffmylawn

A night of sleep didn’t appear to move Wise to offer an apology for making the charge in the first place. Instead he offered this tweet on Monday afternoon:

I got more grief from my @TheUndefeated brethren for using "Reefer" and "aroma" in the same sentence than I have for any clunker written.

While the Cavaliers have larger concerns in their immediate future, likely the last thing they need is to defend themselves against a charge that no other writer is making. There’s been no comment from the Cavaliers as they prepare for Wednesday night’s Game 3, though even acknowledging the charge likely offers it some form of credibility.