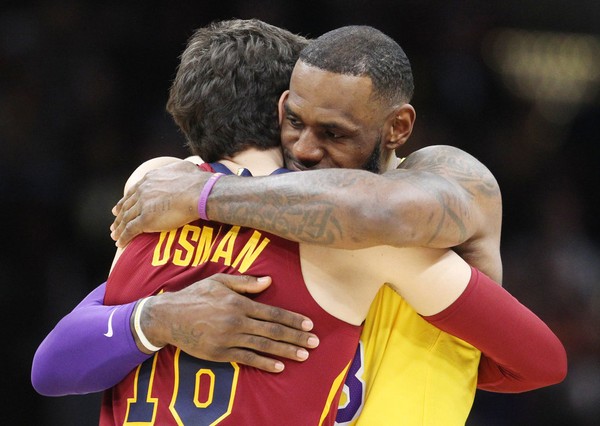 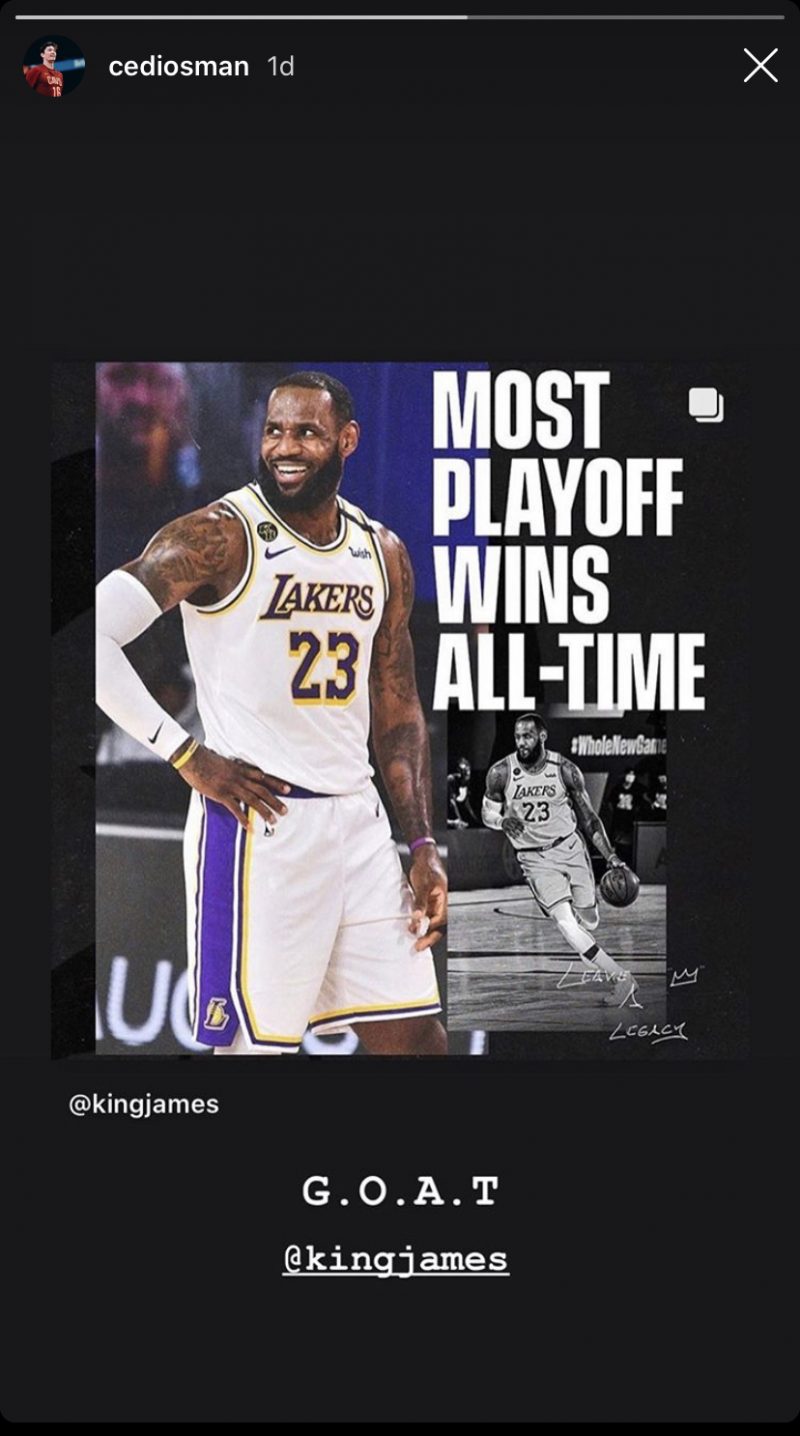 Just 48 hours after reaching that pinnacle, James then added to his legacy by helping the Lakers take a commanding 3-1 lead in the Western Conference semifinals against the Rockets.

In that Thursday night clash, James narrowly missed a triple-double with 16 points, 15 rebounds and nine rebounds in the Lakers’ 110-100 win.

The reverence for which Osman holds James stems from their brief one-season connection as teammates with the Cavaliers. James took Osman under his wing and has continued to stay in touch with him, despite now playing for the Lakers.

In that lone year together with James, Osman averaged only 3.9 points as a reserve for a championship-caliber team.

In the midst of the Cavaliers’ rebuilding, Osman has been a part of the starting lineup, which has allowed him to boost his average scoring production per game into double figures.

Osman isn’t likely to ever challenge James’ newest record, but that’s true of plenty of other NBA players. Still, his connection to arguably the greatest player ever is something to treasure.