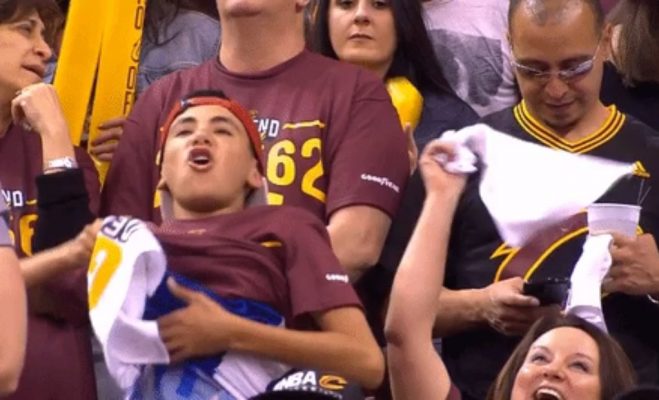 The Cleveland Cavaliers came away with a much-needed Game 4 victory at Quicken Loans Arena on Tuesday night as they beat the Boston Celtics, 112-99.

During the middle of the game, the camera cut to what seemed to be a die-hard Cavs fan celebrating in a Cavs shirt. Instead, as the camera stayed on the young fan, he uncovered a Golden State Warriors Stephen Curry jersey underneath.

when you are safely hedging your bets in the NBA playoffs pic.twitter.com/TDyRtfgAtF

As you can see to the bottom right of the screen, an actual Cavs fan tried her best to cover up the miniature troll’s attempt.