Tyronn Lue Takes Shot at Warriors When Comparing Them to Celtics 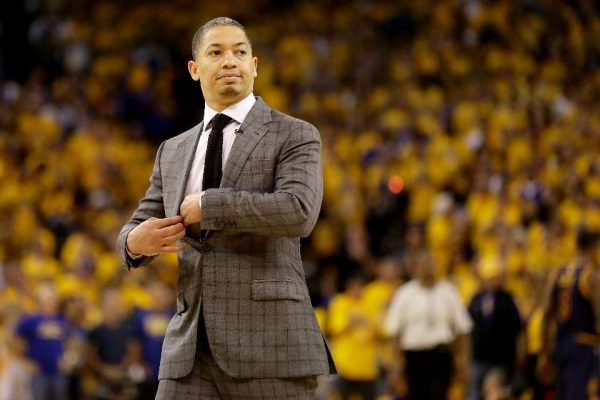 Cleveland Cavaliers head coach Tyronn Lue is well aware that his team sits just one victory away from facing the Golden State Warriors in the NBA Finals for a third consecutive year. Despite the fact that the Cavs will be underdogs in that potential series, Lue believes that the offense of the team’s current opponent, the Boston Celtics, has an offense that’s more difficult to plan for than that of the high-powered Warriors.

Joe Vardon of Cleveland.com noted that the season-ending injury to Celtics starting point guard Isaiah Thomas during Game 2 of the series forced Lue and his staff to change their focus:

“The stuff they’re running, it’s harder to defend than Golden State’s (offense) for me, as far as the actions and all the running around and all the guys who are making all the plays, so it’s a totally different thing,” Lue said. “Like, they hit the post, Golden State runs splits and all that stuff but these guys are running all kinds of (stuff). And Brad’s (Stevens) got them moving and cutting and playing with pace and everybody is a threat.”

Despite holding a 3-1 advantage in the current series, any preparation when it comes to Golden State is non-existent until the Cavaliers pick up one more victory:

“You can’t. As much as you want to, it’s not over,” Lue responded when asked if he’s started preparing for the Warriors. “This team (the Celtics) is like we’re preparing for a whole new team. Like, we didn’t know what they were going to run. Isaiah (Thomas) goes down and they’re running a totally different offense than we prepared for so it’s been tough on us. And defensively, they’re a lot better. They don’t have a lot of weak links to go to, to go at.”

Should the Cavs win in Thursday night’s Game 5, they’ll establish a new league record by collecting their 13th straight win in a closeout game. A victory will also break new ground in the NBA record book, with Cleveland and Golden State becoming the first two teams in the league’s 71-year history to meet in the finals for three consecutive years.

On an individual level, LeBron James has a solid chance in Game 5 at becoming the all-time NBA leader in postseason scoring. Entering Thursday’s contest, he stands at 5,960 points during his legendary career, just 28 points away from surpassing another legend in Michael Jordan.

Part of the reason that James is already in position to reach the top in this prestigious category is the fact that one more win means that he’ll be playing in his seventh straight finals and eighth overall. That puts him just one behind Bill Russell, whose Celtics teams played in eight consecutive finals from 1959-1966.

However, like Lue, James is taking nothing for granted:

“The close-out game is always the hardest, and also you’re doing it (on the road),” James said. “And Boston is going to make it even harder.”

Still, James has had a number of outstanding playoff performances during his games in Boston. So one more wouldn’t be too much of a surprise.