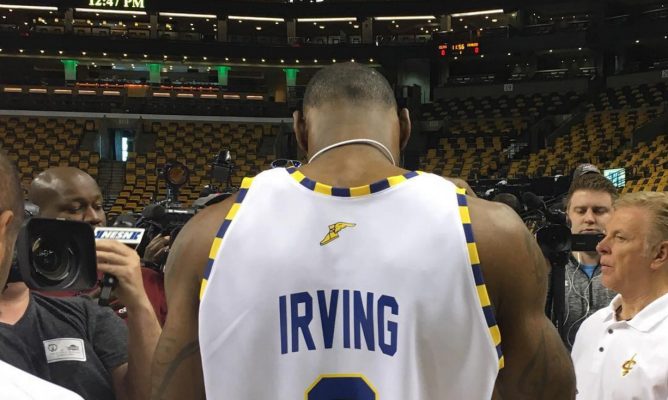 It seems like the partnership between the Cleveland Cavaliers and their new sponsor, Goodyear, is already beginning to materialize as Cavs superstar LeBron James was seen sporting a throwback Goodyear Wingfoots jersey with teammate Kyrie Irving’s name on the back to practice on Thursday.

According to Cleveland.com, a Goodyear spokeswoman said that each player on the team was given a jersey with his own name and number on it as a way of celebrating the newly established partnership.

The Wingfoots were a professional basketball team and winners of the first championship in the National Basketball League in 1938. The jersey that James is seen wearing was back from the 1964 AAU championship Wingfoots team.

James and the Cavs look to extend their torrid nine-game winning streak as they take on the Boston Celtics in Game 2 on Friday night.