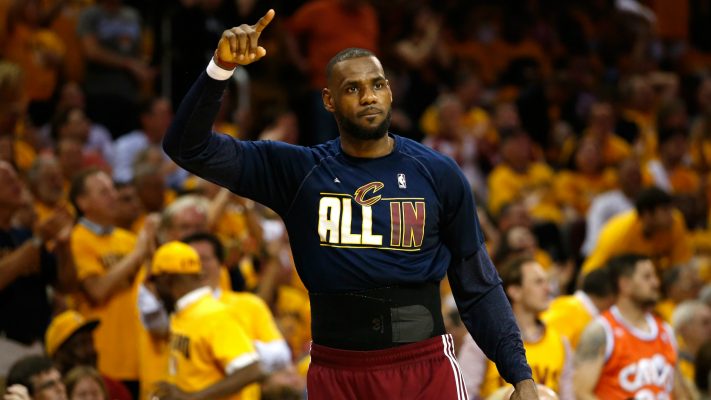 With both NBA conference finals now in full swing, the league on Thursday announced its All-NBA teams. The only member of the Cleveland Cavaliers to be named was veteran forward LeBron James, who narrowly missed receiving unanimous affirmation as a member of the All-NBA First Team.

NBA announces All-NBA teams. Neither Paul George nor Gordon Hayward made it. Thus, no supermax for either this year. pic.twitter.com/GbHl82Ss9G

Just a single vote separated James from that achievement, tying him with Oklahoma City Thunder guard Russell Westbrook. The only member of the three teams listed to earn unanimous honors was Houston Rockets guard James Harden. Not surprisingly, the trio is currently battling in the competition for Most Valuable Player honors.

The only other Cavalier player to receive votes was point guard Kyrie Irving, who finished with 14 total points. Both James and Irving represented the Cavs in this season’s All-Star Game, though their teammate, Kevin Love, was also scheduled to play until an injury kept him off the court for over a month.