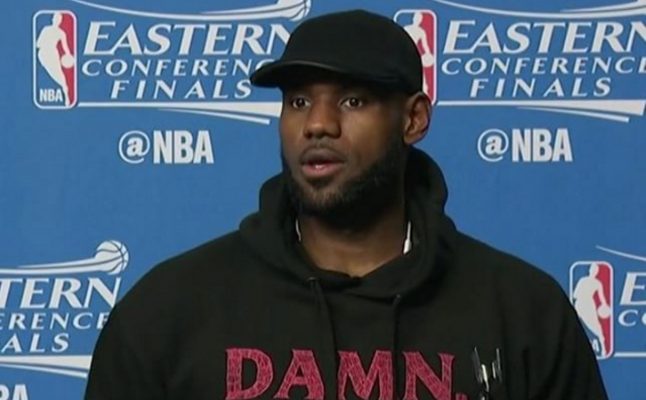 Cleveland Cavaliers superstar LeBron James continues his torrid playoff run as he finished with 38 points on 14-of-24 shooting, nine rebounds, seven assists, and two steals in a dominating 117-104 win over the Boston Celtics in Game 1 of the Eastern Conference Finals.

The four-time MVP is now averaging a blistering 34.4 points through the 2017 playoffs thus far and has yet to lose a game as the Cavs are now 9-0 in the playoffs.

In fact, James is playing at such an absurd level, that even opposing head coaches haven’t been shy about complimenting the three-time NBA champion during their press conferences.

The most recent example comes courtesy of Celtics head coach Brad Stevens, who says that James is playing at a level he’s never seen before.

Check out the clip for yourself below.

Brad Stevens on LeBron: "He's better than when I got into the league. A lot better… I didn't think he could get any better after that but he is." + LeBron wears a DAMN. hoodie.