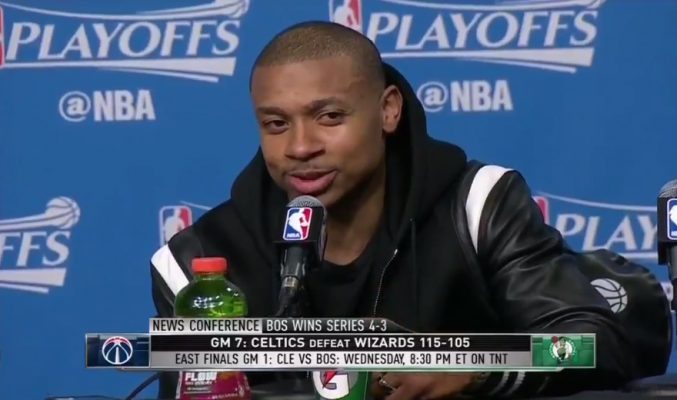 After a long nine-day layoff, the Cleveland Cavaliers finally know who their Eastern Conference Finals opponent will be as the Boston Celtics knocked off the Washington Wizards in an epic Game 7 on Monday night.

A key component to that Game 7 victory was the play of point guard Isaiah Thomas, who finished his night with 29 points and 12 assists.

Thomas spoke to media after the game and gave his thoughts on facing the defending champion Cavaliers:

"They don't ever give us a chance & we just keep going." -Isaiah Thomas on Eastern Conference Finals matchup vs. Cavs pic.twitter.com/I8UMJDHtqJ

“We gotta get ready for the defending champs, and we know that. The good thing about it is that we got home-court advantage,” said Thomas. “So we’re gonna be ready on Wednesday to try to take care of home court, and we know it’s gonna be tough. I mean at this point anything can happen, we really believe it.