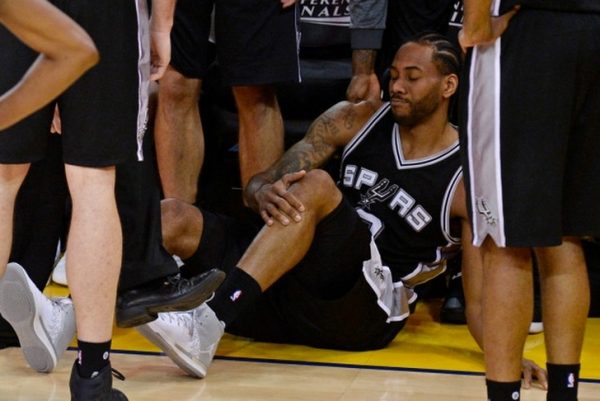 Have learned that Kawhi Leonard's MRI revealed no structural damage.

Leonard went down in Game 1 in the Western Conference Finals against the Golden State Warriors, as he landed on big man Zaza Pachulia’s foot.

The forward’s status for Game 2 is officially listed as doubtful as the Spurs get ready to take on the Warriors without both Leonard and Tony Parker, who was lost for the season with a ruptured quad.

While the Western Conference Finals resumes on Tuesday night, the Cleveland Cavaliers are still awaiting for Game 1 against either the Washington Wizards or Boston Celtics, which will take place on Wednesday night at 8:30 pm ET.