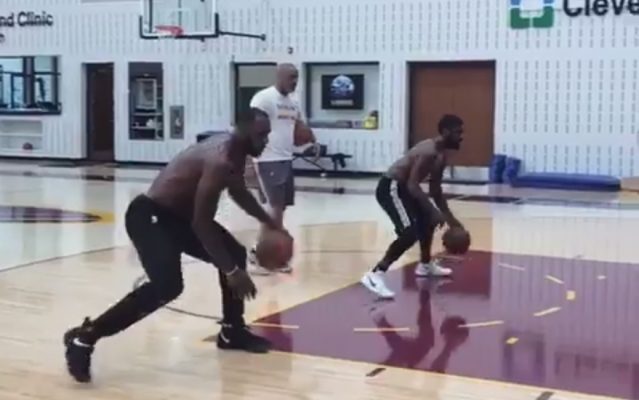 Just because the Cleveland Cavaliers have more than a week off before the start of the Eastern Conference Finals, doesn’t mean they’re taking their foot off the gas pedal.

That was evident in a practice video released on Friday, which featured the likes of superstars LeBron James and Kyrie Irving undergoing a dribbling drill in Cleveland.

Kyrie and LeBron: Whatever you can do, I can do better (?: cavs/IG) pic.twitter.com/jpt6gFh0dp

The Cavs patiently await the winner of the series between the Boston Celtics and Washington Wizards as they look to continue their eight-game playoff winning streak.