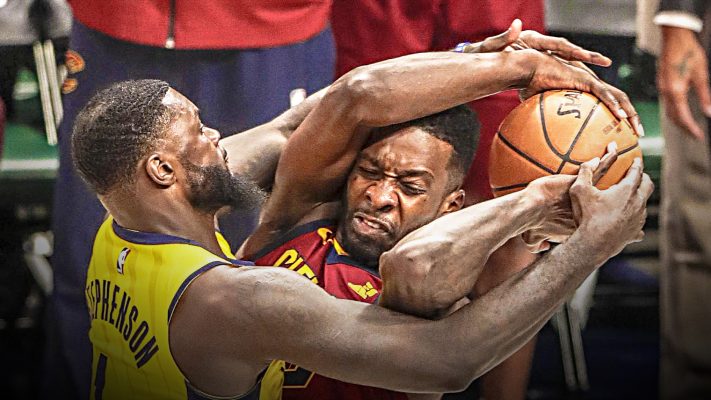 The controversial fourth-quarter play on Sunday night involving the Cleveland Cavaliers‘ Jeff Green and the Indiana Pacers‘ Lance Stephenson nearly sparked a fight between the two players after Stephenson at first appeared to tie Green up and slam him to the ground. A subsequent discussion by officials and check of the video instead resulted in Stephenson getting called for a foul, and while Green clinched the game by splitting two free throws, the scuffle was still on his mind after the game.

ESPN’s Dave McMenamin reported Green’s remarks, which at first attempted to dismiss the incident before noting that he was ready for battle, if necessary:

“Honestly, it was nothing,” Green said. “I mean, I may have reacted because I’m not going to allow him to do what he did, but other than that, it’s nothing.

One irony in the fact that both Green and Stephenson were involved in the incident is that two years ago, they were traded for each other. On Feb. 18, 2016, Stephenson was dealt along with a 2019 first-round-pick from the Los Angeles Clippers to the Memphis Grizzlies in exchange for Green.

The two combatants, along with Stephenson’s main target, LeBron James, will take the court again on Wednesday night at Quicken Loans Arena for the pivotal Game 5 of the series that’s now deadlocked at two games apiece.