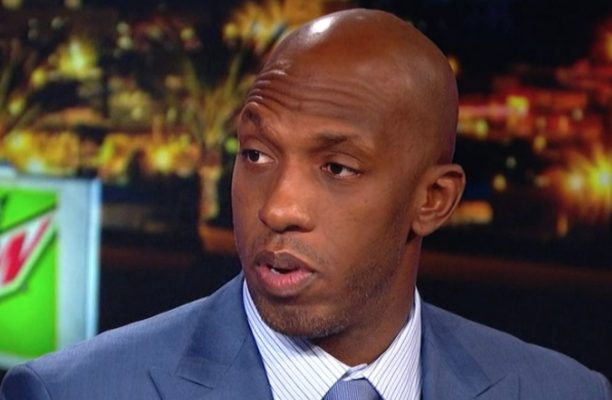 The Cleveland Cavaliers completely dominated the Toronto Raptors in Game 2 of the Eastern Conference semifinals on Wednesday night and leading the charge was none other than superstar LeBron James.

James dropped 39 points on 10-of-14 shooting from the field, a level of efficiency that’s been achieved just once since 1984. But when someone is at the top of his game, dismantling the competition, he seems to attract an exorbitant amount of critics.

One of those critics is former NBA champion and ESPN studio analyst Chauncey Billups.

On one particular play in Game 2, James was matched up against center Serge Ibaka behind the perimeter. To get into rhythm, the three-time NBA champion decided to spin the ball a couple times before releasing the shot. The method seemed to work as James hit nothing but net, but according to Billups, the move was a bit too disrespectful in his eyes.

Chauncey is not here for the antics pic.twitter.com/jayZ4WV5iW

Billups said that he would’ve went after James and induced a Flagrant 1 foul call, meaning he would’ve delivered a physical shot to James.

Perhaps Mr. Big Shot is still mad about the four-time MVP dropping 48 points on his Detroit Pistons in Game 5 of the Eastern Conference Finals or maybe there’s another reason. Whatever the case may be, it’s safe to say that Billups’ career doesn’t even come close to stacking up to James’, so it maybe be in his best interest to hold back on his critiques of one of the greatest of all-time.