Kyrie Irving Addresses Criticisms on His Lack of Ball Movement 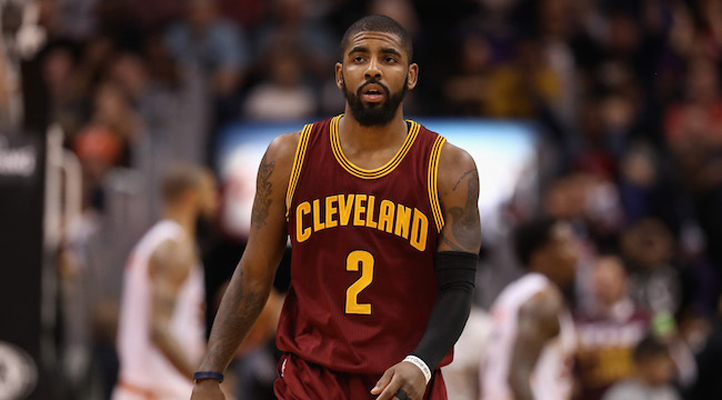 The play of Cleveland Cavaliers point guard Kyrie Irving can often be overshadowed by the continued level of excellence displayed by teammate LeBron James. Criticism over aspects of Irving’s game have followed him during his six seasons in the NBA, though he’s reached a point that he no longer pays attention.

In an article by ESPN’s Brian Windhorst, Irving noted how his approach to dealing with charges, such as the belief he hogs the ball, has changed. That criticism resurfaced after the conclusion of the team’s series against the Indiana Pacers, when he only racked up 12 assists in the four games, including being shutout in the clinching Game 4.

After collecting 10 assists in Game 1 against the Toronto Raptors, Irving articulated his new philosophy:

“I’m just going to go out there and be myself,” Irving said. “Whether I have zero assists or 10 assists … there’s no implement or focus going in that I need to make more plays or get my teammates involved. I’m not going to do that anyway just by the style I play.”

“I don’t go out there with the intention to have zero assists; sometimes it just happens that way. Sometimes the assist may not fall in my hands, it may fall to one of my teammates. I’m fine with that.”

Irving had previously pinpointed the timing of that change to last June, after the Cavaliers had fallen behind 2-0 to the Golden State Warriors in the NBA Finals and he was told by head coach Tyronn Lue to simply play his game:

“I played pretty crappy the first two games and everyone made their decision on who I should be as a player, what I should be doing out there and all these so-called experts were saying this,” Irving said in September.

“Everyone internal was telling me and looking at me eye-to-eye and telling me to just be myself. There was nothing else to be. ‘There was no one else you need to be, you don’t need to try to be a 10-assist or 11-assist guy in the Finals.’ It was all that. Once I accepted the noise and accepted the moment, everything was fine from there.”

As all Cavs fans remember, it was a 3-pointer with 52 seconds left in a Game 7 tie and not an assist by Irving that immediately became the most memorable shot in team history. Yet even with those heroics, he was still thinking about those past criticisms:

“I was waiting for more questions about, ‘What about you shooting on this possession?’ Or, ‘What about you doing this or that?’ I was done,” Irving said. “I was so defensive that I didn’t celebrate right after we won. I just hugged my dad and my sister. My dad is looking at me like, ‘What’s wrong?’ I’m telling him, ‘I’m waiting for someone to come up and say something to me about what happened during the game.'”

Irving no longer has such thoughts and regardless of whether he’s scoring or passing the ball, he and the Cavaliers will face the Raptors in Game 2 on Wednesday night, with tipoff set for just after 7 p.m.