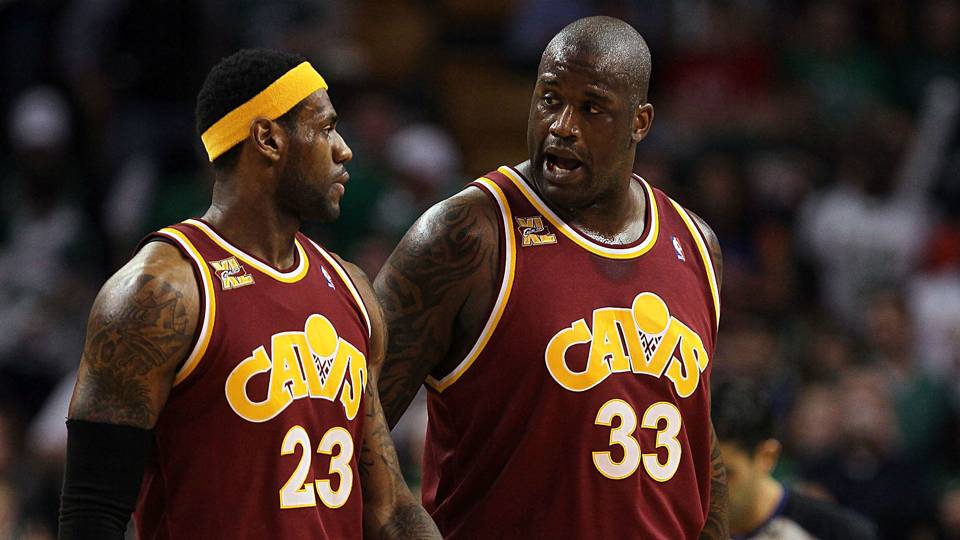 Basketball Hall of Famer Shaquille O’Neal spent one season toward the end of his legendary career as a member of the Cleveland Cavaliers.

By that point, his scoring output had dipped considerably, which was fodder for his fellow TNT analyst Charles Barkley to joke about those diminished numbers.

Charles roasts Shaq on the amount of points he scored playing for the Celtics and Cavs pic.twitter.com/g15uxlBw5V

The genesis of the conversation surrounded the numbers that O’Neal wore during his 19-year career for six different teams. After leaving the Cavaliers after the 2009-10 campaign, he wore No. 36 for the Boston Celtics, with Barkley joking that the number matched his point total for a month with the team.

That was followed by a shot of O’Neal wearing No. 33 for the Cavaliers, with Barkley again getting in a dig about O’Neal’s lack of scoring:

“That’s how many points he had in two months.”

However, O’Neal delivered a devastating rebuttal:

“After I had four (championship) rings and you got none.”

In reality, O’Neal scored 636 points in his 53 games for the Cavaliers during that lone season. He averaged 12.0 points and 6.7 rebounds, but the Cavaliers came up short in the second round of the playoffs. Soon after, LeBron James left the Cavaliers, which began a lengthy rebuilding project by the team.