LeBron James Talks About the Time He Turned Down $15 Million 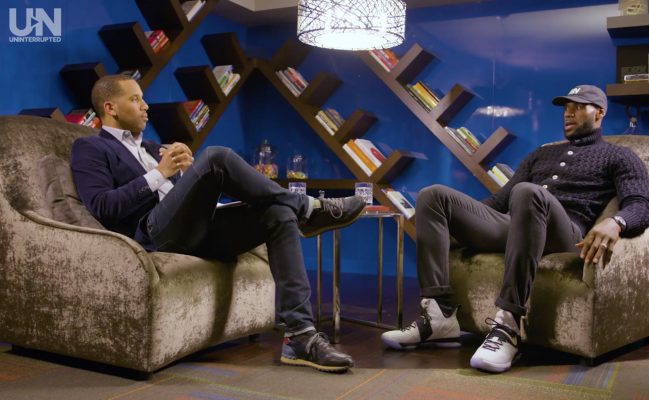 Cleveland Cavaliers forward LeBron James has made plenty of money from endorsement deals during the course of his 14 seasons in the NBA. However, in one particular situation, he left about $15 million on the table and cast his lot instead with a fledgling operation with no guarantee that the latter endeavor would succeed.

James spoke about this business strategy with his business partner, Maverick Carter, in an episode of “Kneading Dough,” an online series that’s part of his UNINTERRUPTED platform.

These circumstances took place in 2015, when James was in line to extend an endorsement deal he had with McDonald’s, a business relationship that had begun five years earlier. He earned roughly $4 million per year from the endorsement, but chose to end it two years ago.

Prior to making that decision, James had the opportunity to make $15 million more over a four-year span with the company. Instead, he took Carter’s advice to put his marketing energy into Blaze Pizza, a fast-casual restaurant that offers pizza made by a process resembling an assembly line.

Banking on the potential to make much more money than was offered by McDonald’s, Carter also pointed out that Blaze was more in line with James’ lifestyle.

James and Carter first invested in the company in 2012. They joined Larry Levy, who runs Levy Restaurants, in locking up franchise rights for Blaze in both Chicago and South Florida.

“When we started to look at our endorsement deals as partnerships, that is when a lot of it started to click for me,” James told Carter. “We get to build this. If it doesn’t become successful, I can only blame myself.”

The trio now owns over 10 percent of Blaze Pizza, which includes 17 franchises. The jump in company revenue in 2016 served as a solid gauge of the investment’s success, with Blaze sales totaling $185 million. That’s an 83 percent increase from 2015’s numbers, with projections for 2022 looking at $1.1 billion in sales.

James has already made millions from investments in Beats Electronics as well as Cannondale Bicycles, and has other partnership agreements.

By far, James’ largest endorsement deal is the lifetime contract he signed with Nike two years ago. That offers him the potential to make $1 billion over the length of deal.

All of these imposing numbers don’t even include the $100 million he’s also scheduled to earn playing for the Cavaliers through 2019. That deal was signed last year, with the potential to sign another deal after that a strong possibility.