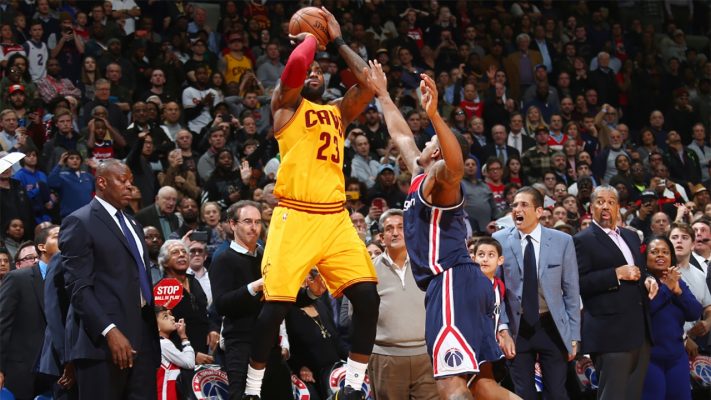 Fans of both the Cleveland Cavaliers and the NBA in general have long been aware of the clutch abilities of LeBron James. While critics might simply chalk that awareness up to opinion, one statistic shows that ranking James as the league’s top clutch player for this season serves as quite an accurate assessment.

Using a player’s field-goal percentage in both the last five minutes of regulation and in overtime for the 2016-17 season as a gauge, James comes out on top, hitting 53.7 percent of his shot attempts. The four players below him are C.J. McCollum of Portland, Joe Johnson of Utah, Nikola Jokic of Denver and Giannis Antetokounmpo of Milwaukee

Of those five players, James also ranks at the top overall when it comes to scoring and assists for the season. In addition, he’s the only one of the group to have been part of an NBA championship squad. He also has three rings and three NBA Finals MVP awards, which are also strong indications of being “clutch.”

Presently, James is also the only player in this quintet that’s assured of reaching the second round of the playoffs. The Cavaliers completed a sweep of the Pacers on Sunday, while both Antetokounmpo and Johnson’s teams are currently tied at 2-2 in their respective series. Meanwhile, McCollum’s squad is on the verge of elimination, trailing Golden State 3-0, while Jokic’s Nuggets failed to even reach the postseason.