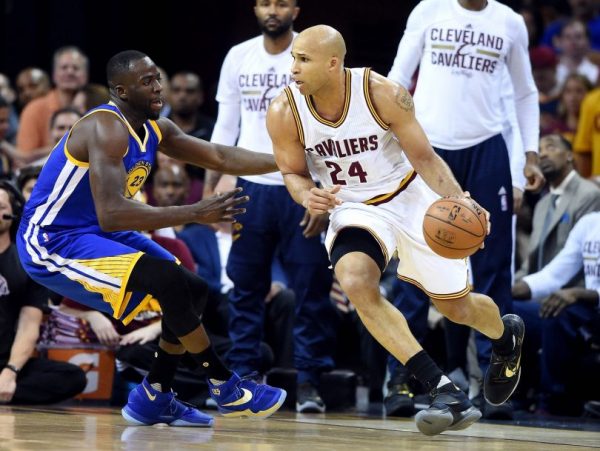 Another shot has been fired in the seemingly never-ending rivalry between the Cleveland Cavaliers and Golden State Warriors. The weapon in this case was a comment by Cavaliers veteran Richard Jefferson that was directed at the Warriors’ Draymond Green about the level of competition the two teams have faced in the playoffs.

It was on Monday that Green made the following comment about the Cavaliers’ two sweeps of Toronto and Indiana respectively:

“I thought teams would compete a little harder,” Green said. “I just watched San Antonio-Houston. I like to watch good basketball. When you watch Cleveland play, you’re only watching one side of the good basketball. That’s kind of weak.

Right now, the Cavaliers and Warriors are projected by many experts to meet for a third consecutive year in the NBA Finals. Comments like those above figure to heighten the tension on the court.