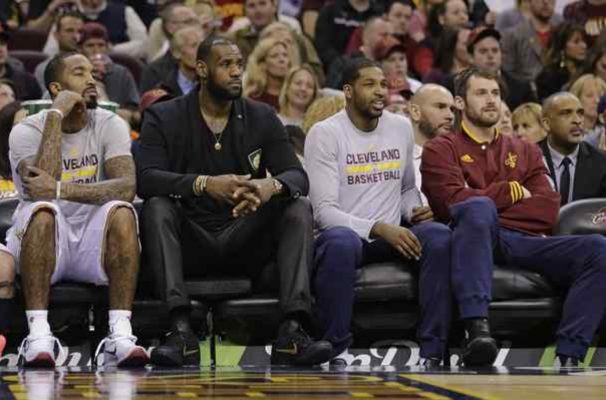 In a move that was expected to come after a grueling overtime game against the Atlanta Hawks on Sunday, the Cleveland Cavaliers have announced that four starters will be sitting in the team’s matchup against the Miami Heat on Monday night.

In addition, LeBron James is now dealing with a sore calf, while Kevin Love is questionable tonight with an illness.

Without a doubt if this were a playoff game, all four players would likely be suiting up, however with rest being the No. 1 priority, the Cavs have elected to sit out their four starters.