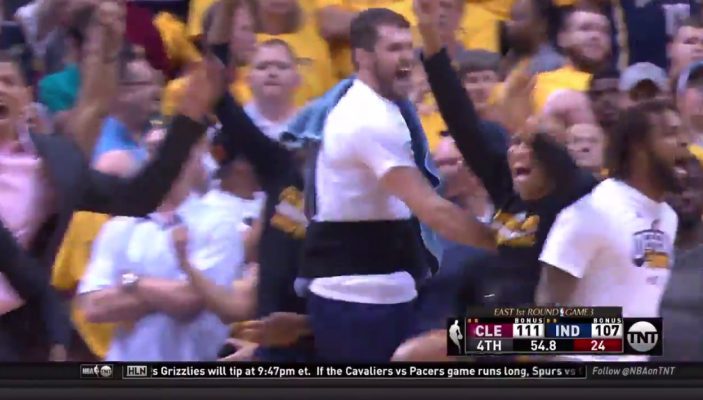 The Cleveland Cavaliers completed the largest comeback in NBA playoff history on Thursday night as they came back from 26 points to beat the Indiana Pacers 119-114.

Superstar LeBron James put forth a herculean effort en route to 41 points, 13 rebounds, and 12 assists on the night, however the Cavs also got a big boost from their bench on the evening. One of those contributors was power forward Channing Frye, who hit what proved to be the game-winning dagger inside the one-minute mark of the fourth quarter.

Watch as the Cavs bench erupts after Frye hits the big triple.