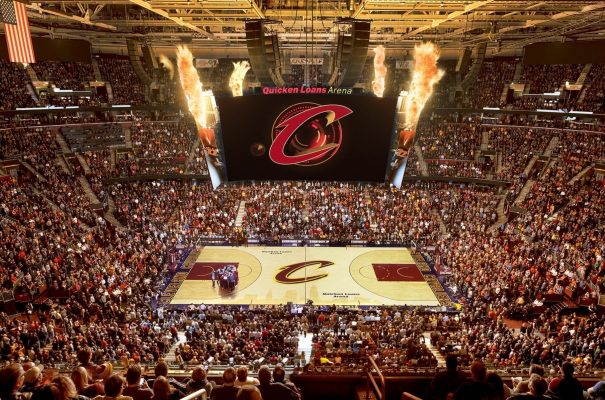 According to Karen Farkas of Cleveland.com, Gilbert decided to back out of the deal following a months-long battle over financing and a vote that could have potentially resulted in a denial of Cleveland’s proposed support of the project.

Quicken Loans Arena, which is one of the oldest arenas in the NBA since its opening in 1994, was to undergo upgrades aiming to add more space for dining, bars and public gathering.

“The prospective referendum will cause the groundbreaking of The Q Transformation to miss the current construction cycle, which pushes the overall price tag of the project higher due to rising construction costs. In addition, a time sensitive financing package that included historically low interest rates would be negatively impacted by further delay due to a prospective referendum exposing the project to an expected higher interest rate environment,” the Cavs said in a statement.

Gilbert and the Cavs had agreed to pay half of what the upgrades to Quicken Loans Arena would’ve cost, while the taxpayers would’ve paid for the other half. This included any over-budget construction costs and the public’s share if the taxes were less than anticipated.

Greater Cleveland Congregations, an advocacy group made up of urban and suburban religious institutions, led a strong opposition against the proposed deal and argued that Cleveland’s struggling neighborhoods would not benefit from The Q Transformation Project.

“Since January GCC (Greater Cleveland Congregations) has called on the Cavaliers, the City of Cleveland and Cuyahoga County to work on a substantive Community Benefits Agreement worthy of the $160 million of public money directed to the Q Arena expansion,” James Pearlstein, GCC’ lead organizer and spokesman, said in a statement. “GCC makes no apologies for prioritizing ending the cycle of using our jails to house the mentally ill or seeking to employ the jobless. GCC makes no apologies for standing up for our most vulnerable residents in our most distressed communities who feel like second class citizens in their own city. GCC makes no apologies for standing up for the 22,000 people who signed petitions and were subjected to voter suppression tactics rather being able to exercise their democratic rights. The loss of this deal squarely lies at the feet of those who put old school politics above the interests of the people.”

Cleveland City Council President Kevin Kelley said there’s been no discussion of repealing the legislation that allowed the city to partner with Cuyahoga County on the upgrades.

This is unfortunate news for the city of Cleveland, as Gilbert could ultimately decide to sell or relocate the team by 2027.