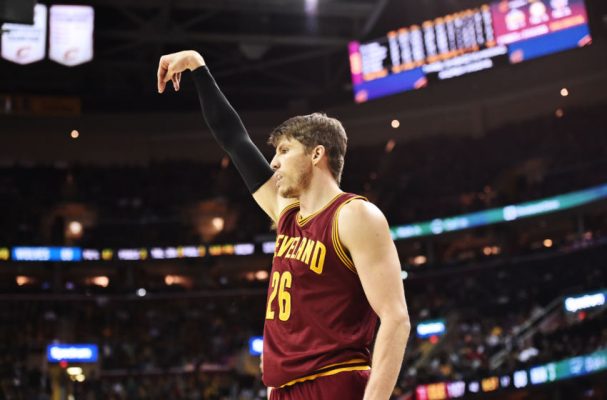 After missing the past 11 games because of a left foot injury, Cleveland Cavaliers sharpshooter Kyle Korver will once again be available for Tuesday night’s home game against the Orlando Magic.

Cavs head coach Tyronn Lue made the announcement during his pregame media appearance. Lue also indicated that the entire team will be playing in Wednesday night’s road game against the Boston Celtics.

The 36-year-old Korver serves as a key three-point weapon, having connected at a rate of 48.2 percent since being acquired by Cleveland in early January. He will be wearing teammate Kyrie Irving’s signature shoe, the Kyrie 3, in an effort to give his foot some added comfort and support.