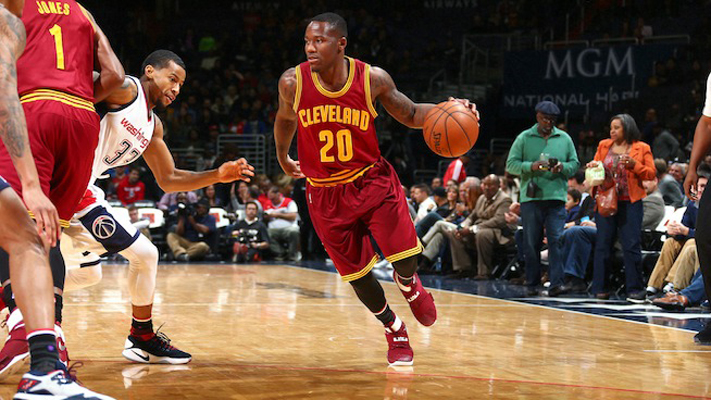 The Cleveland Cavaliers have recalled first-year guard Kay Felder from the Canton Charge, per the team’s website.

Felder, 21, was assigned to the Cavs’ D-League affiliate on Feb. 28. The rookie has made the most of his time for the Charge this season, putting up a whopping 30.6 points, 4.0 rebounds and 6.0 assists in seven outings.

Despite success in the D-League, the 5-foot-8 guard has struggled to replicate even a fraction of those numbers with the Cavs. Felder is averaging 4.0 points, 1.3 rebounds and 1.0 assists in just under 10 minutes a game for the Cavs this season.

With the recent addition of three-time All-Star Deron Williams, the rookie is expected to get even less playing time than he had been getting previously. However, the silver lining is that Felder will get to learn from a true, veteran point guard in Williams, who has been in the league for 12 years.

Felder is expected to be in uniform for Monday’s home game against the Miami Heat. In addition, former Dallas Mavericks center Andrew Bogut is also expected to make his Cavs debut against the Heat, after signing with the team last week.