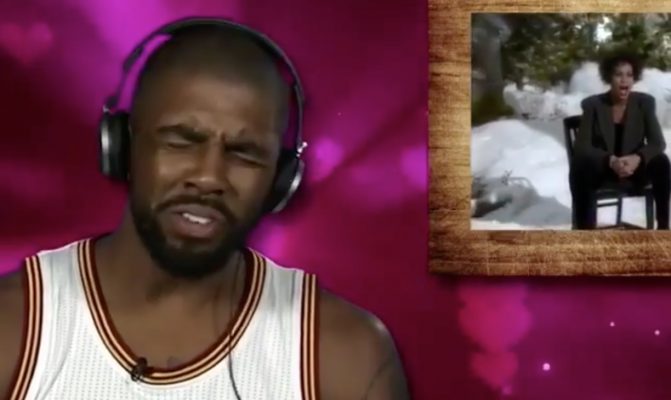 The collective basketball ability of the Cleveland Cavaliers roster is such that they’ve been able to reach the NBA Finals in each of the last two years and win the franchise’s first title this past season. However, that high level of skill doesn’t always extend to their singing ability, which was captured in an Instagram video and posted on Thursday afternoon.

Kyrie Irving really puts his all into singing ?

Taking turns singing lines from the late Whitney Houston’s, “I Will Always Love You,” are five members of the team: Kyrie Irving, Jordan McRae, Kay Felder, Iman Shumpert and Tristan Thompson. Irving appears at the beginning and end of the short video and arguably offers the best effort, though he states in the video that he was given the most difficult part to sing.

The song was Houston’s biggest hit and was part of her role in the 1992 Kevin Costner film, “The Bodyguard.” Last Saturday marked the fifth anniversary of her death at the age of 48.