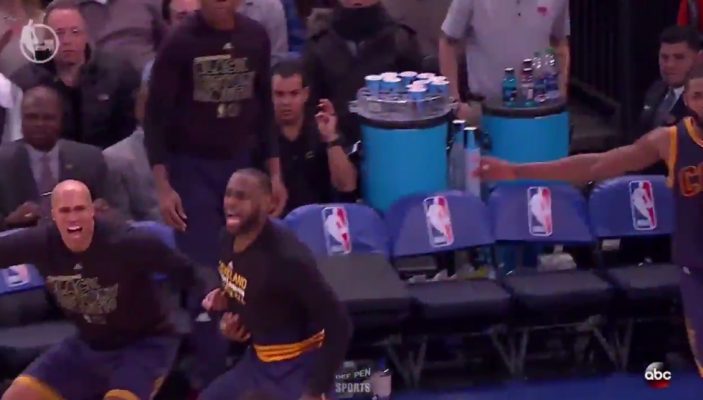 The Cleveland Cavaliers are currently dominating the New York Knicks at Madison Square Garden as they are looking to win their 34th victory on the season.

The play of the night thus far came on a Kevin Love drive to the basket. Watch as the All-Star power forward puts defender Guillermo Hernangomez on a poster followed by an absolute eruption from the Cavs bench.