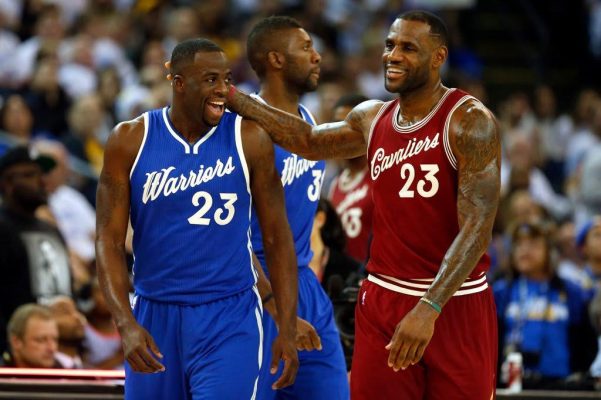 The feud between Cleveland Cavaliers forward LeBron James and TNT analyst Charles Barkley has blown up within the last week due to James’ heated response to Barkley’s repeated criticisms. It’s also resulted in Golden State Warriors forward Draymond Green coming to James’ defense, something that might have been considered unthinkable eight months ago.

Green offered his opinion on the feud during his Uninterrupted podcast, leaving no doubt as to who he favored:

“Destroy him!” Green yelled, while standing up and screaming at the screen. “Destroy him!

However, James’ stinging comments were strong enough that Green actually felt some sympathy for Barkley.

“I thought that was incredible,” Green said. “Then I looked back … to see what Barkley said, and then my reaction was like, ‘Ah, Bron. I don’t know if it needed to go that deep, Bron.’ And for me to feel like that about Charles Barkley, Bron really had to cut deep.”

During Game 4 of last year’s NBA Finals, James and Green nearly came to blows over Green’s remarks toward James. Green was eventually suspended for Game 5 as a result of his punch at James’ groin, which was the latest in a series of postseason missteps. Over the final three games of the series, the Cavaliers came back from a 3-1 deficit to capture the franchise’s first-ever title.

Uninterrupted is a multimedia platform for athletes in a variety of different sports to offer their unfiltered opinions through either videos or, in Green’s case, a podcast. It was originally created by James’ production company, SpringHill Entertainment.