Charles Barkley Doubles Down on His Criticism of LeBron James 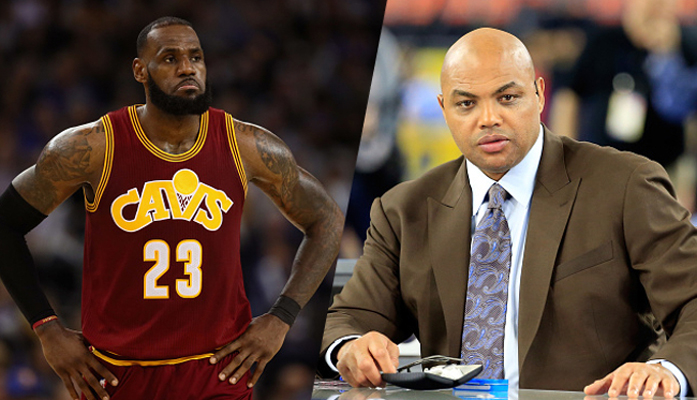 It had started with Barkley calling the four-time MVP “whiny” and “inappropriate” for demanding his team sign another playmaker, and escalated when James went off on a postgame tirade against the former NBA player, bringing up some controversial topics about Barkley’s personal life.

Now, in an interview with The Undefeated, Barkley is making it clear that he has no intention of backing down from his beef with James anytime soon.

“For what?” Barkley said. “For tellin’ the truth? What am I supposed to say, ‘You’re the greatest player in the world?’ You’ve got two All-Stars and you want me to feel sorry for you? Do you think Carmelo (Anthony) would be happy with two All-Stars? I think he’d be happy.”

Despite James elevating tensions with his heated remarks about Barkley, the former Phoenix Suns big man clearly has no interest in taking back his original remarks. In his opinion, the three-time NBA champion shouldn’t have asked for another playmaker, and that’s all that matters.

The Hall of Famer also continued his message from his interview with ESPN Radio, saying none of James’ comments bothered him.

“I thought my criticism was fair,” Barkley said. “So I don’t understand why he took it so personally. But you know what, I’m a big boy. I’m good.”

Eventually, the interviewer even suggested that James may have been offended when the TNT analyst said he would never consider him one of the top five players of all-time. But Barkley still didn’t budge.

“First of all, [the Top 5 conversation] originally had nothing to do with him – it was a conversation about Kobe Bryant,” Barkley said. “And I said, ‘I’m never going to change my top five players of all time.’ Kobe is 6. Tim Duncan is 7. I said if LeBron keeps winning, I might move him up to 6 or 7.

“But in my mind, as a guy who knows the heritage of the game, my top five are never gonna change. It’s Michael (Jordan), Oscar (Robertson), Kareem (Abdul-Jabbar), Wilt (Chamberlain) and Bill Russell. That wasn’t a shot at him.”

Barkley also discussed how James’ generation of NBA players is different from his, a common criticism that the Cleveland star made reference to in his remarks.

“If we don’t say everything positive about them all the time, we’re a hater,” Barkley said. “But I’ve gotten more support than I saw coming. To be honest with you, it’s been great. Especially the guys in the media who are like, ‘Thank you. I can’t say it because I need to talk to him.’”

When James closed his tirade against Barkley, he finished with a proclamation: “There’s a new sheriff in town.” Barkley closed with a much less dramatic proclamation, essentially telling the world: “I’m just going to keep doing what I do.”

“Hey, man, I’m going to do my job – I’m going to do the job to the best of my ability. My job isn’t playing anymore. It’s commenting on what I see and believe about the game.”