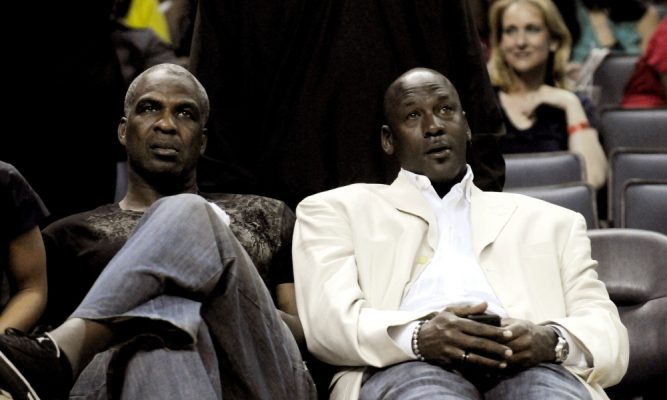 The feud that’s developed between the Cleveland Cavaliers’ LeBron James and retired Hall of Famer Charles Barkley now has a Barkley contemporary joining the fray. However, former Chicago Bulls power forward Charles Oakley is taking the side of James in this war of words.

Oakley commended James’ verbal assault on Barkley and even threw in a shot of his own for good measure.

I love everything LeBron James said about the hater he need to stop drinking at work. TNT can I stop by and get a drink

Barkley and Oakley have a contentious history between each other, dating back to at least 1996. That’s when the two engaged in an on-court fight during a preseason game. Three years later, Oakley was alleged to have slapped Barkley during the course of a 1999 players’ union meeting.

In recent years, the Cleveland-raised Oakley has also been critical of Barkley for his on-air remarks. Last May, Barkley suggested that the Atlanta Hawks needed to deliver a message to the Cavaliers during the Eastern Conference semifinals by “taking out” or injuring some Cleveland players. Oakley responded during a satellite radio interview:

“He just talks too much at the wrong times. He’s a spoiled kid,” Oakley said. “You’re from Alabama, you should have more home training. He’s one of them kids, say he’s from south side Chicago, but he got a ride to school every day. He ain’t walk down the block, down the corner. He got dropped off, the principal brung him back home.”

During Oakley’s time with the Bulls, he often served as an enforcer for the legendary Michael Jordan. In retirement, he appears to be doing the same thing for James.